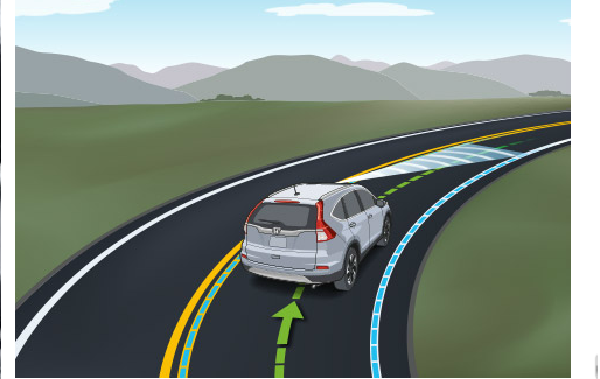 Autopilot - Tesla talks the talk while Honda walks the walk

Tesla has announced it will be able to do in future months what almost all car makers can now do, and many have already done.
Advertisement

Tesla this week announced that at some point in the coming months it will be selling cars with what it terms autopilot. The cars will have adaptive cruise control which is the starting point for these systems. Most car makers have had this technology for over a decade. The Tesla will also have lane keeping assist, which also has been in most luxury cars for a full generation or two now. Honda calls the system in its current cars LKAS (Lane Keeping Assist Steering). The Tesla cars will be priced from roughly $70K to $140K. Before tax breaks of course. Two to four times what the Hondas cost (no tax breaks of course).

Driving a Car On Autopilot
Today I travelled on the highway in the Boston Metro area in a production vehicle that did not require me to do anything unless the highway turned sharply. The vehicle I was in can follow the car in front of it at a safe, adjustable distance, and come to a full stop if it does. And it of course it can maintain its speed at whatever setting I choose if I am alone on the highway. The car steers itself. About every mile or two the car required that I grip the wheel just to be sure I was still involved a little. My kids thought I was kidding them by steering with my knees or somehow tricking them. I drove about four miles in light traffic without having to do anything other than touch the wheel every minute or so.

Autopilot Is Here Now
This vehicle, and many like it from a variety of brands, are now available for prices in the mid-$30K range and can be bought from stock on dealer lots. I happened to be in a 2015 Honda CRV with an MSRP of $32K. The first time I drove a car that could do this was a few years ago and it was a Mercedes SL. The cool thing about self-driving cars is that the affordable makes are keeping pace with the high-priced luxury ones.

All Automakers Can do This
Autonomously piloted cars are not going to be goofy geek-mobiles like the stories you see in the mainstream press. Nor are they going to just be over-hyped green-washed supercars. Rather, they are going to be the same cars we already know and love. Autonomous driving, or “autopilot” as Tesla calls it, has already begun, and it will continue to evolve. BMW offers traffic jam assist that will drive for you in traffic. Cadillac has a self-driving highway system similar to the one Honda now very quietly sells. Cars that can parallel park themselves, and also un-park themselves are so common now it is just not news. I reviewed a Ford Escape recently and didn’t even mention it. Does Tesla have that?

Tesla's Coolest Autopilot Feature
The Tesla system, once available at some future point, will have a cool new feature. It will change lanes for you if the lane is open. You will simply have the system in the correct setting, and it will change the lane for you if you put on the turn signal (called “yah cah blinkah” in my area). Like many systems of this type, I don’t know why I want that, but I am willing to try it and see how I like it.

Although I have not read it yet, I assume Tesla will also have forward collision prevention, which has been around now for many years. Subaru has what is considered by experts at IIHS the best system in the world of its type to prevent forward collisions right now in its Outback family wagon. When the Tesla system comes out the mass media will be wowed because they don’t know what they don’t know.

*Note - Author is not the driver shown in the video