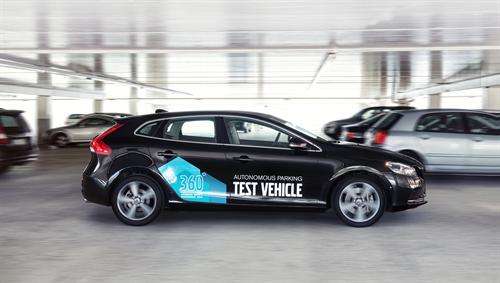 Volvo just made the valet an endangered species

Torque News predicted self driving cars would kill off the valets. Here is how Volvo did it, and why car-nuts should rejoice.
Advertisement

Last year after learning about the Google car’s capabilities, and doing some brainstorming on how autonomous cars could be useful, Torque News realized that a self-driving car is actually a car lover’s dream come true. It could eliminate one of the most terrifying experiences any car-nut faces – the dreaded valet. We predicted that self-driving cars would self-park and eliminate valets.

Volvo has now brought that dream to life with its new Autonomous Parking capability and plans to demonstrate it next week at an automotive media event. Commenting on the state of the art of the technology Thomas Broberg, Senior Safety Advisor Volvo Car Group said "The autonomous parking … technologies are still being developed. However, we will take the first steps towards our leadership aim by introducing the first features with autonomous steering in the all-new Volvo XC90, which will be revealed at the end of 2014."

BMW and Cadillac now have cool autonomous driving technologies in model year 2014 and 2015 cars, so if Volvo plans to be a leader in the technology it had better move fast. The system uses on-board Volvo technology coupled with Vehicle 2 Infrastructure technology. Basically a sensor under a parking spot, this technology transmits a signal indicating an available parking spot that the Volvo can intercept.

The driver need only pull up to the best restaurant in town, tell the car to go park, and then walk in with one’s date like they own the joint. The Volvo will leave the drop off area, drive itself through the parking lot, parking garage, or dense cityscape to the parking spot designated. Since the Vehicle 2 Infrastructure technology uses sensors it is not much of a stretch to imagine reserving that space with one’s smart phone at the same time a reservation is made. Once the tiramisu is just about gone the owners imply pings the car to come back. If the car is a Corvette Convertible with this technology, the driver can also tell the Stingray to drop the top on the way.

Many airports are now turning to valet service to cram more cars into limited on-site parking, or even remote parking. This technology could potentially reduce costs tremendously by eliminating the need for these workers (or to be more PC “Freeing them up" for more productive and fulfilling roles). The system might also save space since room for car doors to open on each side of the car would not be needed. Most importantly, the system could eliminate the need for the owner of a special (or even just a normal) car to teenager who will then rush to put it away, possibly risking damage. We’ve all seen the awesome scene in Ferris Bueller’s Day Off (video below), and like Jaws, once you see that kind of threat, there is no un-seeing it, regardless of how unrealistic it is.