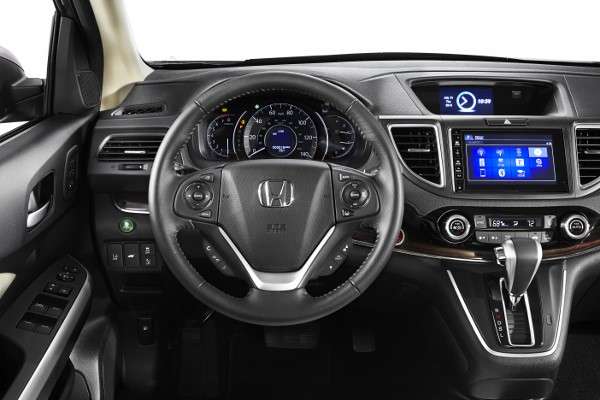 Honda’s a company known for superior initial purchase value, reliability, safety and the highest residual resale value in the industry. We believe that the refreshed 2015 CR-V will raise the bar for standard feature value across North America’s growing SUV segment.
Advertisement

What must Honda do to improve the best selling SUV in North America? Good question, the truth is not much, if anything. But in an ever changing market with Ford, Hyundai, Nissan and Toyota on your bumper, for 2015 Honda has opted to make a handful of measurable cosmetic and tech changes to CR-V as substantiated by recently released photographs.

Torque News readers have asked for a bit more detail as to changes for 2015. Without breaking our article embargo agreement with our friends at Honda, we can say this:

While we aren't permitted by Honda to release price, specifications, trim levels and dealership availability release date, We may say this. We recently revisited the 2014 CR-V, and while appreciating the utility, adequate power and general fit and finish of CR-V, fell short of embracing what we considered “ too stiff of a suspension and tire bounce” under country road driving conditions. Has Honda improved CR-V’s ride? You’ll know Sept 30.

Read our predictions for the 2015 CR-V. While they’re not ‘spot-on,’ we come very close in several categories.

Would be buyers and competing brands take note: Honda CR-V will raise the standard feature value bar in the small SUV crossover segment. In-fact we believe that CR-V will change the way that North American buyers look at SUV.