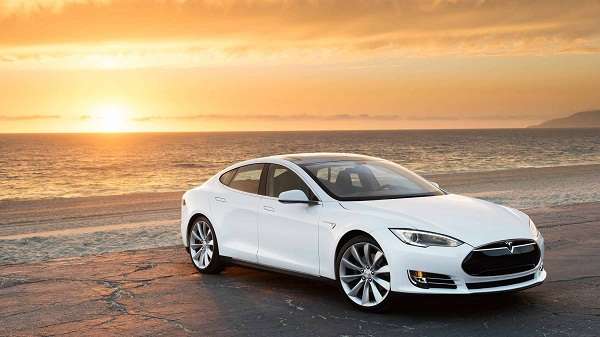 Tesla has finally implemented one long-overdue active safety feature in the Model S, known as lane departure warning. But the other feature arriving simultaneously is a bit of an eyebrow-raiser.
Advertisement

One of the neatest things about Tesla Motors is that the company can and does make improvements to its Model S sedan at virtually any time, rather than on the yearly upgrade as with most carmakers. Over-the-air software updates and occasional new hardware arrive throughout the year, and one recent change has been a long time coming.

Torque News had previously called for Tesla to catch up to the rest of the auto industry and begin implementing active safety features, as systems such as collision warning, lane keeping assist, and blind spot detection can save lives and are appearing on many vehicles that cost far less than the Model S sedan.

Now Tesla has at least obliged with a lane departure warning system, with more active safety features presumably on the way. Though not officially confirmed by the company or on Tesla’s website, some Model S vehicles have begun to appear with a camera above the rear view mirror.

The camera monitors lane lines, and if the vehicle strays too far from its course without a turn signal or steering wheel input the system will vibrate the wheel to alert the driver. It is a relatively basic system, present on many vehicles today.

Some cars take it one step further and gently tug the steering wheel without driver input, or selectively apply the brakes to one or more wheels, to keep the vehicle in its lane. Expect a similar level of capability to arrive in Model S sedans sometime next year.

It is rather odd that Tesla chose to introduce this feature alongside the lane departure warning without including more useful technologies like blind spot detection or adaptive cruise control. Evidently the two new camera-based systems were the only ones ready for production, and since they use the same camera Tesla was simply impatient to get them into the cars.

For one thing, most drivers will be annoyed by a system that tells them when they’re exceeding the speed limit. Presumably it will come with the option to deactivate the warning, but as far as active safety features go this one is not particularly useful.

Also interesting is that a system that reads road signs is not trivial to implement, which tells us that Tesla has been working hard on the sort of control logic that will be needed for autonomous driving.

So how about that autonomous driving?

Tesla CEO Elon Musk recently indicated in an interview that a Tesla car will be capable of 90% autopilot beginning next year, effectively meaning that the car will be able to handle highway driving on its own. Depending on when this so-called autopilot makes it to production, this would put Tesla on par with competitors like GM, which plans to introduce a Super Cruise feature on Cadillacs beginning in 2016.

It seems that Tesla has been quite busy behind the scenes with radar-based systems, but most of the features it is developing have yet to appear on a production vehicle. Autonomous highway driving requires a suite of sensors and systems, such as a more enhanced version of adaptive cruise control which was not included with the recent lane departure warning upgrade. Musk likes to talk a big game – we shall see if his company backs it up when it comes to autonomous driving.

John Goreham wrote on October 6, 2014 - 3:28pm Permalink
Just curios about this question in general. When the Tesla autopilot system becomes available, do you think it will allow the driver to exceed the speed limit when in operation? If so, after the first crash will the company be subject to liability since it marketed a vehicle capable of "90% autonomous driving" that can read road signs and ignore them, or allow the driver to ignore them? If not, will anyone use an autopilot system that makes them actually drive the exact speed limit on the highway? These questions apply to many automaker's coming systems, but Tesla is the one in the news this week.
Brian H wrote on December 29, 2014 - 3:21pm Permalink
As of the end of Oct, all cars come equipped with the requisite sensors, but only those 2 Driver Assist features are activated so far. The rest await software finalization, due about now or "soon" (Tesla joke). The speed limit 'margin' is selectable.