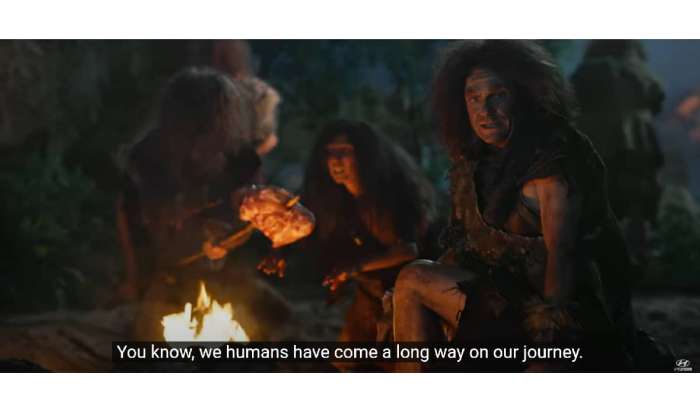 Major automakers are beginning to advertise electric vehicles with the hopes of influencing public opinion. Here are some examples from Ford and Hyundai that illustrate how the shift is taking place.
Advertisement

For a decade or more, EVangelists decried the lack of advertising that automakers created for battery-electric vehicles. The general idea was that automakers should promote vehicles that cost more to produce than they generated in revenue, and that not doing so was a bad thing. The logic is fuzzy, but the shift among major EV manufacturers isn’t. Ford and Hyundai are just the latest to rev-up advertising for the BEVs they hope will continue to sell.

Hyundai’s New IONIQ5 Promotion
Hyundai’s newest EV is the IONIQ5. It joins the Kona and IONIQ battery electric vehicles in the Hyundai line and will be paired in showrooms alongside hybrids and plug-in hybrid-electric vehicles (PHEVs) too numerous to count. It feels as if Hyundai now has multiple green powertrain options for nearly every segment in which it is competing. It has two sizes of sedan and three different crossover with electrified powertrains now, notably some with solar roofs.

To help promote the hot IOINQ5 BEV, Hyundai is employing one of today’s most well-known actors, Jason Bateman, star of Netflix’ Ozark series. Bateman is a “caveman,” or cave-individual, or whatever the right word for such an ancient hominid is nowadays. The clever hominid illustrates just how things that didn’t work very well evolved to work very well given time. The message is that BEVs are now in that period of well-working operation. “Your journey at its most evolved,” is the Hyundai campaign buzz phrase.

Hyundai will also run adverts that show how camping can be more comfortable when an EV is on hand to power all the things we normally try to escape when camping. It’s titled, “Campsite.” The TV spots will be run during programming such as “black-ish, The Bachelor, and NBA and NCAA games through May. Hyundai is also placing adverts on popular social media apps such as YouTube, TikTok, Twitter, Facebook and Instagram. Platform-optimized content on social media will highlight notable IONIQ 5 features communicating the hidden gems of owning a Hyundai electric vehicle. These spots are titled “Digital Key,” “Chariot,” “Small Car” and “Talk-to-Text.”

Ford has also begun to advertise its F-150 Lightning battery-electric vehicle. Its advertisements include TV spots on home improvement-related networks and highlight the F-50 at work on a jobsite powering up various electric tools.

As mainstream automakers continue the shift from gasoline-powered cars, crossover, and trucks, the advertisements will keep current. GM’s adverts starring Will Ferrell were met with mixed reviews. Other automakers correctly pointed out that GM isn’t a leader in that country’s EV marketplace. Perhaps GM’s advert should be applauded for generating such a response or a buzz at all?

Automakers presently cannot keep pace with consumer demand for EVs. Most are months or quarters away from delivering vehicles ordered via retail outlets today. This makes it all the more interesting that automakers are spending money that could otherwise be spent on supply chain management and manufacturing. Perhaps it means that they see a return to some form of normalcy where vehicles are in stock for shoppers to compare and contrast coming in the near future.

Top of page still image courtesy of Hyundai and YouTube.