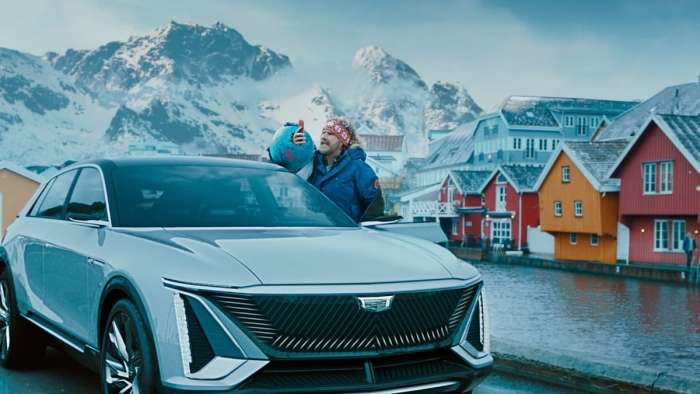 General Motors has recruited comedians Will Ferrell, Kenan Thompson and Awkwafina to show its commitment to its EV future. See the stars take on Norway for EV dominance.
Advertisement

General Motors is enlisting the help of top comedians to convince Americans to drive electric vehicles. GM released its Super Bowl ad, and it stars Will Ferrell, Kenan Thompson and Awkwafina, as well as the new Cadillac LYRIQ and 2022 GMC Hummer EV supertruck. Paying a lot of money to advertise in what it calls “the big game”, shows the automaker’s commitment to releasing 30 electric vehicles by 2025. Ads are estimated to cost $5.5 million per 30-second spot, and the GM ad is 60 seconds.

In the ad, titled “No Way, Norway”, Will Ferrell discovers that Norway outpaces the U.S. in buyers switching to electric vehicles. Kenan Thompson and Awkwafina join Ferrell in his quest for EV dominance.

The ad should have broad appeal with young and older buyers. It should also appeal to a cross-section of America, highlighting diverse comedians. The ad focuses on GM’s new Ultium battery platform, that will support several different vehicles. The ad shows both the Cadillac LYRIQ and the 2022 GMC Hummer EV supertruck. A disclaimer at the end does suggest that the final version of the Cadillac LYRIQ may look a bit different.

“I’m excited to be a part of GM’s commitment to EVs,” said Ferrell. “I’ve been driving an EV since the mid-80s...well, actually it was a regular car with four AA batteries taped to the carburetor, but it felt like an EV! We’re coming for you, Norway!”

“The big game is the perfect venue for the incomparable Will Ferrell to encourage us all to reconsider what we know about electric vehicles, and to invite ‘Everybody In’,” said Deborah Wahl, GM global chief marketing officer. "We admire his passion for EVs and share Norway’s pursuit of an all-electric future.”

According to GM, well over half of new vehicles sold in Norway are electric. Comparatively, EVs made up less than 4 percent of market share in the United States in 2020. GM is hoping to drastically improve the EV adoption rate. GM’s new Ultium platform will provide the under-pinnings for a number of GM’s new EVs, including the Cadillac LYRIC and CELESTIQ and the GMC Hummer EV supertruck and SUV versions. The platform will allow an EV that can go up to 450 miles on a full charge and will power EVs in several sizes and shapes. GM says some of the Ultium powered vehicles will be able to do 0-60 mph in as little as three seconds.