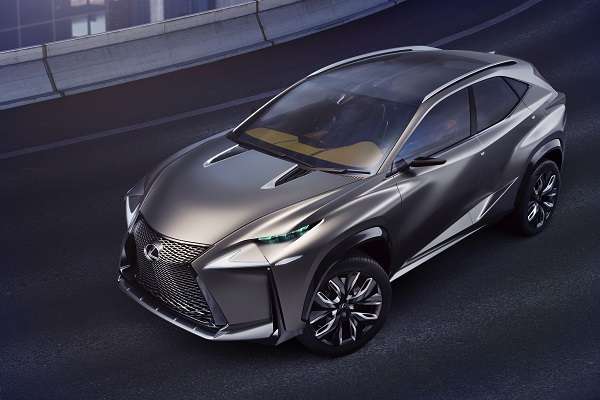 2015 Tesla Model X or Lexus LF-NX Hybrid - which is the most exciting?

Customers looking for a green luxury crossover will soon have two new models to choose from. Both are from companies with excellent environmental credentials. Which will be the most exciting to buyers?
Advertisement

This year both Tesla and Toyota’s Lexus brand will add to the green premium crossover choices. The Tesla Model X is due for a 2014 release (likely as a 2015 model) and the new Lexus LF-NX will also be launched this year. These two vehicles will not compete head to head. The Tesla will most likely sell in the range of $75K to $115K. The Lexus will have an MSRP of about $40K. We think both will make a great addition to the green choices buyers of premium crossover have now and we’d like your feedback on which you think is the most exciting.

Currently, Tesla and Toyota collaborate on the greenest crossover in the world, the Toyota RAV 4EV. That car is an award winning green car, but it barely sells and is not offered in all markets. Both the new Tesla and the new Lexus LF-NX will be mass marketed and we predict will initially sell in healthy numbers.

Shoppers who head to a dealership today looking for a green luxury crossover have few choices. The segment is currently defined by the Lexus RX 450h hybrid. The RX 450h delivers 30 MPG combined in AWD and 29 MPG in FWD in a segment that has a reputation for combined fuel economy around 21MPG. Lexus is now in its third generation of green crossovers with the RX. The first ones were available in 2005. Audi has a version of its Q5 that uses a gas electric hybrid drive. If you look at the Audi sales website you will notice an odd thing though. The whole front page which is about 4 screens worth of information does not mention fuel economy. The reason might be that even though the Audi has significantly less horsepower than the Lexus it gets just 26 MPG combined. Sort of ho-hum in terms of a green car. BMW put out a great press release and cool photo of a BMW X5 plug-in hybrid this year, but that was the last we heard of it.

The Tesla Model X will be all electric so we must switch our thinking to MPG equivalent (MPGe). The vehicle is not yet released. It will share much of its DNA with the hugely successful Model S, so we can estimate it will be just a hair shy of that vehicle’s efficiency numbers. That means it will be rated at about 84 MPGe. We have taken 5 MPGe away for AWD and the higher body and ride height. Incidentally, that will top the RAV 4 EV’s 76 MPGe. The Model X will also be quite powerful and perhaps the fastest sport ‘ute on Earth in real-world situations. We expect that Tesla’s only challenge will be build capacity. Initially, we expect that the volume will be about 1,000 per month and will ramp quickly to about 2,000 per month over the course of a year. Nobody can predict the mature sales rate, but Tesla has been “kicking and taking” lately and we would not be surprised if 35,000 per year was the fully matured production rate.

The Lexus LF-NX will be launched as a hybrid and also as a 2.0 liter turbo. Smaller, than the Model X by far, it will be about the same size as a BMW X3. The 2.5 liter engine with electric drive will deliver about 40 MPG combined in our estimation based on other similar Lexus hybrids. All Toyota and Lexus hybrids are also extremely low in emissions. We would peg this vehicle as the world leader in hybrid crossover fuel economy. Since Lexus already serves a huge group that shop it for green luxury models Lexus will also have a strong chance at robust sales. Lexus sells about 100,000 RX 350s each year and it sells more hybrid luxury cars than any other automaker, possibly more than all of the others combined.

If the LF-NX is not a success it will be a surprise. As crazy as it sounds, the Lexus has the design we find the most modern and exciting, and the Model X looks the most mature and classy. It is not often one gets to write that the Lexus is the more exciting design! Both look great and will be appointed with the finest interiors in the world at their price points.

Our readers who are Tesla fans are by far the most vocal in terms of commentary (and we love it). We hope this story will spur their comments. We have not taken any sides here. We like both brands and are very excited to see and drive both of these new environmentally conscious crossovers. Which do you think is the more exciting launch this year?

Tesla and Lexus photos courtesy of the Mfgs' public websites.