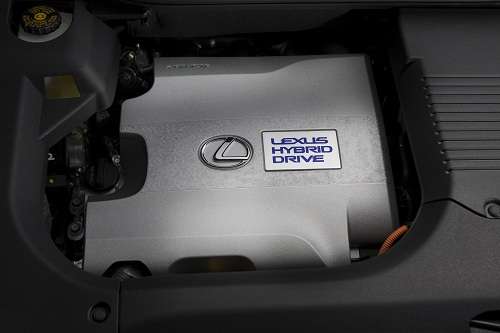 Luxury SUVs may be the sweet spot for automakers in the quest to offer a no compromises hybrid ownership experience.
Advertisement

For many drivers the term hybrid conjures thoughts of driving a tiny car with bicycle tires at a snail’s pace while minivans and pickup trucks roar by seemingly overhead. Originally that stereotype may have been more or less on target. However, there is one segment where a hybrid powertrain offers valid fuel efficiency gains with little or no compromise when compared to a conventional engine.

One weakness of the small car hybrid market, and the electric car market, is that in the America people always assumed the worst of small cars. Historically they were the least expensive cars in the marketplace and that meant potential low quality and low reliability. Since they were always relegated to entry level status they were short on creature comforts, and with the exception of the pocket-rocket niche, were usually slow as well. Adding a hybrid powertrain made a slow car even slower, and concurrently made the single advantage these cars had – price – go away. Furthermore, there are a lot of newer small cars that already get excellent fuel economy. Why spend thousands to get a car that boosts MPG when you are already getting 40 MPG highway? For these reasons and others, car makers are discovering that the subcompact hybrid market has leveled off.

There is one segment where price is not so sensitive an issue, and where a gain of 5 additional MPG might be considered just the trick to assuage guilty feelings of not doing one’s part to be eco-friendly. If the drivetrain doesn’t hurt performance or require other compromises, adding to the price might not be a deal-breaker. Particularly if the buyer can convince themselves that they will get the money back “over time.” That segment is the luxury, mid-sized sport utility vehicle.

Evidence that the hybrid powertrain does not reduce driving satisfaction, or reduce the overall value at the time of purchase, came recently when the Lexus RX450h hybrid was ranked highest overall in the mid-size luxury SUV market in U.S. News Best Cars latest ranking. Take note that this ranking was not just for hybrids, but any mid-size Luxury SUV.

Testing the hybrid Lexus RX back to back with its stable-mate, the conventionally powered V6 Lexus RX350, proves there very little to complain about in the hybrid. The vehicle shudders a bit when starting off from a complete stop as one notices the automatic shut off feature disengaging and the engine turning back on. Some may also dislike the feeling one gets from the constantly variable transmission (CVT). However, CVTs are creeping into more and more non-hybrid models across the spectrum of automakers, so that criticism is hard to pin solely on hybrid drive. Finally, there is a sort of whine form the engine of the hybrid not found in the regular RX when the vehicle was coasting and the batteries recharge using the electric motors as generators.

On the bright side, there is similar power from both, and the mileage measured from the hybrid was significantly better than the conventional RX. The conventional RX350 showed 20 MPG, while the hybrid RX450h returned 25.2 MPG over 500 miles of testing on various types of roads with multiple drivers. Unlike small cars which already get great mileage, the mid-size luxury SUV market may become the home for more and more hybrid drivetrains.