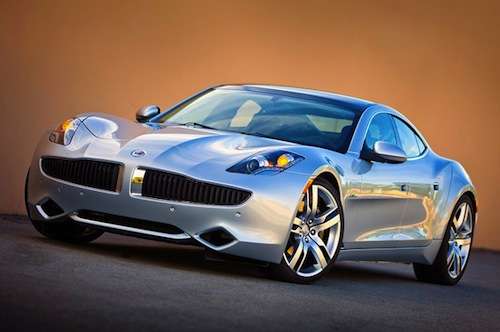 Justin Bieber gives away his Fisker Karma to famous friend

Bieber has re-gifted his $116,000 birthday gift, which was given to the pop singer when he turned 18.
Advertisement

Pop star Justin Bieber has decided to give away his chrome Fisker Karma after just six months of ownership. So who is the lucky recipient of this $100,000 present? It’s none other than Bieber’s good friend and fellow singer Sean Kingston.

According to TMZ, Bieber gave Kingston the luxury plug-in hybrid because he plans on getting a newer model Karma when its released. Despite receiving an ultra-expensive luxury car, Kingston was nonchalant about Bieber’s generosity. “When you’re best friends with one of the biggest artists in the world you get all different types of gifts and this is one of them,” said Kingston.

Bieber originally obtained the vehicle as an 18th birthday gift from his manager Scooter Braun. Braun presented the pricey car to Bieber during a March appearance on the Ellen DeGeneres Show.

As if the all-new Karma was not opulent enough, Bieber had his model chrome-plated in April. West Coast Customs, the same remodeling company that was featured on MTV’s Pimp My Ride, performed Bieber’s customization. The customization company also tricked out Bieber’s Cadillac CTS-V, turning it into a Batmobile look-a-like.

While Kingston is surely pleased with his new present, Bieber’s former ride comes with a somewhat infamous past. Back in January, Bieber was ticketed for going 80 mph on the 101 Freeway in L.A.

Aside from being on the lookout for cops, Kingston will also want to consider the multiple recalls that the Fisker Karma has endured. Most recently, Fisker recalled 2,400 Karmas due to cooling fan concerns. The automaker issued the recall after determining that a cooling fan defect was the culprit of an August Karma fire.

Furthermore, Fisker issued two separate battery recalls in December 2011 and June 2012, which included 258 vehicles. According to the National Highway Traffic Safety Administration, certain Karma hybrids were manufactured with faulty hose clamps within the battery pack. This defect may cause a coolant leak, which may result in a fire.

Tesla Contemplates A New Strategy for China Retail even As Sales Boom
Jay Leno on Elon Musk & EVs: “I Think He Should Get ... Credit"
END_OF_DOCUMENT_TOKEN_TO_BE_REPLACED