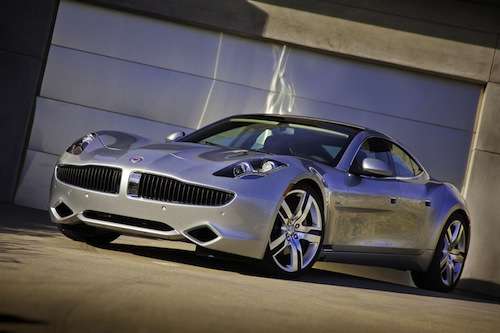 The pop singer was cited for speeding while attempting to flee paparazzi on the 101 Freeway.
Advertisement

Pop star Justin Bieber was cited for speeding on Friday morning while driving his custom chrome Fisker Karma on the 101 Freeway. According to Bieber’s manager Scooter Braun, the singer received a ticket for traveling 80 mph. Braun went on to tell TMZ that Bieber was attempting to flee the paparazzi during the incident. Bieber’s agent also added that his client called the police shortly after being cited, because the paparazzi had resumed their chase.

Despite Braun’s assertion, L.A. City Councilman Dennis Zine told TMZ a radically different account. Zine claims that Bieber was traveling in excess of 100 mph in his custom Karma down the freeway. Zine admits that Bieber appeared to be escaping a team of paparazzi, but insists that the star was driving like a madman. “He was weaving in and out of traffic,” said Zine. “There was hardly any space between cars as he weaved from lane to lane.” Zine, a former LAPD motor officer of 18 years, stated that he would have arrested Bieber for reckless driving if were on duty.

Braun questions the merits of Zine’s claims, calling him a “councilman looking for a headline.” Even if Zine’s accusations are true, it is a bit questionable that the councilman decided to phone in to TMZ Live immediately following the episode.

Law enforcement didn’t seem to think the citation was as serious as Zine did. In addition to pulling over Bieber, California Highway Police also pulled over the pursuing paparazzi. The cops gave the paparazzi a warning and are currently investigating them for contributing to a “hazardous situation,” sources tell TMZ.

Bieber received his Fisker Karma as birthday present while appearing on The Ellen DeGeneres Show in March. The plug-in hybrid luxury vehicle was a gift from Braun for all of the singer’s hard work. According to Braun, his goal was to buy Bieber a car that would make him stand out. As if an all-new Karma wasn't conspicuous enough, the singer decided to customize the vehicle with a chrome wrap, fuchsia LED lights and 22-inch wheels in April.

Also read: Justin Bieber gets a 2012 Fisker Karma for his birthday [Video]

Anonymous wrote on July 9, 2012 - 2:08pm Permalink
COPYRIGHT laws need to change urgently - celebs should own the rights to their own images - making it illegal to take photos without permission - sending PAPARAZZI out of business forever !!! Instead of speeding away and getting a ticket, JUSTIN should just STOP completely in middle lane of freeway – if Paparazzi stay behind him, other cars will smash into the Paparazzi and hopefully kill them - Justin will have done nothing wrong! Justin could also wrestle and slam the Paparazzi's faces into the ground and simply say he's carrying out a lawful "Civilian arrest". LOL
Anonymous wrote on July 9, 2012 - 2:12pm Permalink
ZINE only wants to arrest Justin but not the paparazzi ??? Is he BIAS ??? No wonder he's no longer working for LAPD !!! Zine, u just stick to politics!