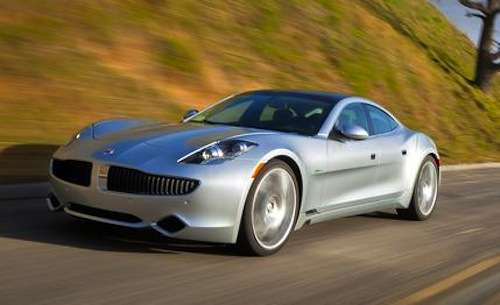 Fisker Automotive, a manufacturer of plug-in hybrid electric vehicles, has just announced the recall of 2,400 Fisker Karma vehicles due to cooling fan issues. Fisker announced the news earlier today after it finalized a detailed investigation into last week’s parking lot fire, which involved a Karma sedan igniting into flames while its owner was in a grocery store.

Fisker conducted the investigation with the help of independent fire experts from Pacific Rim Investigative Services Group. Investigators were able to pinpoint the location of the fire’s origin to the front left of the Karma, which is where the low temperature cooling fan resides. Fisker and PRISG ultimately concluded that the cooling fan suffered an internal fault, causing it to fail and overheat.

Karma customers can expect to be contacted by Fisker’s retail supplier, prior to receiving an official recall notice from Fisker. Owners of affected vehicles will receive a replacement cooling fan, free of charge. Karma dealers will also install an additional fuse for increased protection. Meanwhile, customers can contact Fisker Consumer Affairs at 1-855-575-7577.

Despite the recall, there is one bright spot for Fisker. Luckily for the automaker, its investigation has proved that the Karma’s lithium-ion battery is not at fault. A similar conclusion was reached in June when the National Highway Traffic Safety Administration determined that the Karma’s battery was not the root cause of a house fire in May.

“We are committed to responding swiftly and decisively to events such as this to ensure total customer satisfaction,” said Executive Chairman and Co-Founder, Henrik Fisker in a statement. “This incident resulted from a single, faulty component, not our unique EVer powertrain or the engineering of the Karma. As this situation demonstrates, Fisker Automotive is dedicated to doing whatever is necessary to address safety and quality concerns.”

As for the owner of the car involved in the Aug. 10 incident, he is quite pleased with Fisker’s response. Owner Rudy Burger commented:

“I have been incredibly impressed with the way Fisker has handled this incident. I have personally started seven technology companies and know from direct experience that the US needs more innovative companies of this type, especially in the automobile sector.”

According to Burger, the experience has not altered his high regard for the brand. “Fisker is a great company and one that I am personally planning to invest in. I look forward to getting behind the wheel of my next Fisker,” added Burger in a statement.