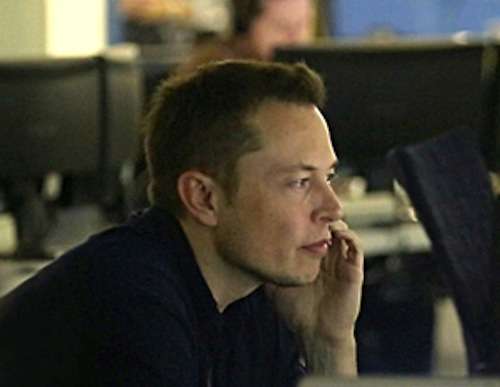 Tesla CEO Elon Musk did not mince words in his recent interview with Automobile Magazine.
Advertisement

Less than a week after a Fisker Karma caught fire in a grocery store parking lot, the luxury plug-in hybrid manufacturer is catching heat from competitor Tesla Motors, a luxury electric car company. In particular, it is Tesla CEO Elon Musk doing the mud slinging. In a new interview with Automobile Magazine, the billionaire CEO took some major shots at Henrik Fisker and his Anaheim, California-based car company.

Much of Musk’s criticism was aimed at the Fisker Karma, a rival to the Tesla Model S. “It’s a mediocre product at a high price,” said Musk. “The car looks very big, and yet it has no trunk space and is very cramped inside, particularly in the rear seats,” he added.

Musk also took time to level some several allegations against Henrik Fisker, who once worked as a designer for Tesla. “We were paying someone to do styling for his own car,” claims Musk. In 2008, Musk unsuccessfully sued Fisker, claiming he was under contract with Tesla while he was developing the Karma.

Furthermore, Tesla's CEO critiqued Fisker as a designer, arguing that he opts for style over substance. “[Fisker] thinks the most important thing in the world — or the only important thing in the world — is design, so he outsourced the engineering and manufacturing. But the fact is…that’s the crux of the problem. And he’s outsourcing to people who don’t know how to solve the problem.”

Whether Musk’s assessment of Fisker does any damage remains to be seen, but the car company does appear to be an easy target as of late. Not only did a Karma ignite in a parking lot last week, but another Karma model caught fire in an owner’s garage back in May. In late 2011, Fisker recalled 239 vehicles due to coolant leak concerns, which may lead to fires. The automaker added 19 Karmas to the safety recall in June.

As for Tesla, it too has experienced it share of setbacks. In fact, Tesla recalled 345 Roadsters in May 2009 over rear hub issues. The automaker issued a second recall in 2010, which affected 439 Roadsters. This time around the safety recall was due to faulty 12V low-voltage auxiliary cables, which provide power to the car’s headlamps, tail lights, hazard lights, and turn signals.

Aside from co-founding Tesla, Musk is the founder of SpaceX, a space transport company, and co-founder of the online money transfer site Paypal.