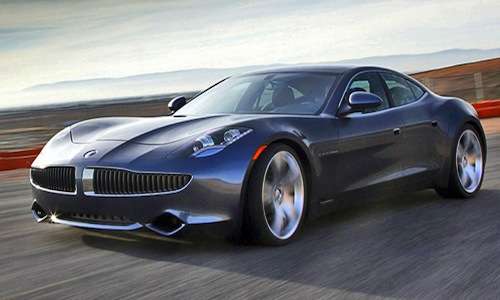 Official reports indicate that the Karma caught fire three minutes after being driven into the owner's garage.
Advertisement

In another example of bad press for Fisker, Texas fire officials are claiming that a Fisker Karma plug-in is responsible for a house fire that occurred in Texas last week according to AutoWeek magazine. The Karma caught fire in a garage, completely destroying the plug-in car, while also damaging a Mercedes-Benz SUV and Acura NSX. Aside destroying one vehicle and harming two others, the fire damaged a portion of the owner’s home.

Robert Baker, Fort Bend County chief fire investigator argues that the Karma "was the origin of the fire, but what exactly caused that we don't know at this time." Reports indicate that the Karma was not plugged in at the time of the incident and caught fire roughly 3 minutes after being driven into the garage. Additionally, the vehicle’s battery remained intact.

Also worth noting is the amount of mystery surrounding the case thus far. "I've worked homicide scenes with less secrecy," Baker told AutoWeek. "There have to be about 15 engineers down here working on this one."

Despite Baker’s conclusion, Fisker contends that there is insufficient evidence linking their vehicle to the fire. "There are conflicting reports and uncertainty surrounding this particular incident," Fisker said. "The cause of the fire is not yet known and is being investigated." Fisker cites the fact that the Karma’s battery was intact as an indicator that their EV was not a “contributing factor.” Fisker has hypothesized that the fire may be the result of malicious intent. The automaker also pointed out that fireworks were present in the garage according to official documents.

If true, the news does not bode well for the Fisker, a California-based electric car company. Just last March, its Karma luxury EV broke down during a Consumer Reports test drive. To make matters worse, Fisker laid off another dozen workers at its Delaware plants last month. As for fires, Fisker recalled 239 Karma models in December to remedy a battery defect that may increase the risk of fires. That said, there have been no fires or injuries tied to the Karma battery, which is built by A123 Systems.

The National Highway Traffic Safety Administration is currently in contact with Texas fire officials in regard to the Karma fire. Earlier this year, the NHTSA concluded a probe saying that electric vehicles do not pose a greater fire risk that gasoline-powered cars.

Click HERE for post-fire photos of the Karma and garage.

Justin Bieber gets a 2012 Fisker Karma for his birthday (Video)

LG's New EV Battery Plant Is a Welcome News for Tesla
Tesla Giga Berlin's New Hurdle: It's Not Only the Gov't, but Now Tesla Itself
END_OF_DOCUMENT_TOKEN_TO_BE_REPLACED