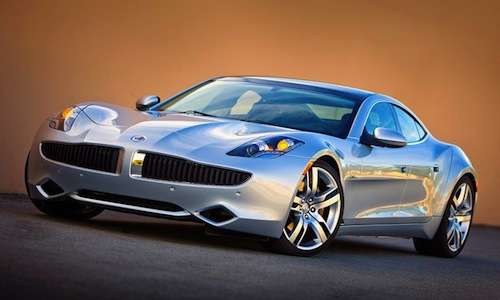 Fisker is working on obtaining an extra $100 million in fundraising by the end of March to meet its $1 billion goal.
Advertisement

Fisker Automotive Inc, a manufacturer of luxury plug-in cars, is reportedly seeking roughly $100 million in funds to reopen a now defunct Delaware plant, according to Bloomberg News. The estimated $100 million needed in fundraising must be accrued by the end of March in order to reach the company’s goal of $1 billion in private money. As of Feb. 10, the California-based automaker had raised $896 million from private investors, according to U.S. regulatory filing. Bloomerg reports that the news comes from two Fisker officials who wish go unnamed. Additionally, Russell Datz, a Fisker spokesperson has declined to comment.

Although the monetary success of Fisker had looked promising, has suffered multiple setbacks including not meeting loan conditions and production demands. Even though Fisker was the recipient of a $529 million loan from the Department of Energy, the electric car company has received under $200 million. To make matters worse, increasing pressure against the Obama Administration to cut spending could mean that Fisker might never receive the remaining $336 million it is owed.

It was this lack of funds that contributed to Fisker shutting down its Delaware facility in February, which resulted in the layoff of 26 workers. Unfortunately for Fisker, the company had pumped the majority of their DOE loans into their California plant, leaving very little to operate their East Coast location. The lack of funds distributed to the Delaware location led to a lack of production, which resulted in the DOE denying access to the remaining loan.

Despite the fate of it Delware factory, Fisker is confident that the plant will reopen and be the manufacturing location for its upcoming prototype of the Nina. Fisker released a teaser sketch of the Nina earlier this week ahead of its big reveal at next month’s New York International Auto Show. The Nina is tentatively set to begin production next year. The number of individuals outside Fisker that have seen the Nina is very select, but one is of those is Vice President Joe Biden. Biden reportedly commented that the Nina looks like a “four door Ferrari,” according to AutoGuide.com.

Although Fisker’s future looks uncertain, the company does plan to move forward, albeit at a modified pace. Fisker recently lowered its sales expectation for 2012 to 10,000 units, down from its previous estimate of 15,000.

Henrik Fisker founded Fisker in 2007 with the vision of creating the first electric luxury vehicles with extended range. The company’s first concept, the Fisker Karma debuted at the 2008 North American International Auto Show.