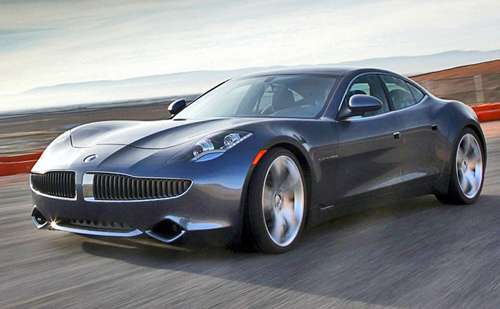 Fisker Automotive Inc. has just announced the recall of certain 2012 model year Karma plug-in hybrids due to a battery-pack problem that may lead to fires. National Highway Traffic Safety Administration documents indicate that the recall affects 19 vehicles built from September 22, 2011, through January 20, 2012.

The recall is an extension of a similar recall filed by the automaker last year. Fisker’s latest recall brings the total number of cars affected to 258. Although additional affected vehicles would usually be added to the original recall notice, federal officials required a new recall filing because the previous recall was completed in 2011.

According to NHTSA documents, certain Karma hybrids may contain faulty hose clamps within the battery-pack. Select hose clamps may have been incorrectly positioned during assembly, which may potentially cause a coolant leak. Coolant leakage can cause an electrical short, thus increasing the likelihood of a fire.

Fisker will begin notifying customers of the recall shortly. Karma owners will receive a new high-voltage battery and hose clamps, free of charge. Customers can contact Fisker Consumer Affairs at 1-855-575-7577. Karma drivers also have the option of contacting the NHTSA Hotline at 1-888-327-4236 or online at www.safercar.gov. The NHTSA Campaign ID Number for this recall is 11V598000.

Aside from last year’s hose clamp recall, A123 Systems, the company that makes the Karma’s battery, issued a recall in March 2012. The company announced that it would replace battery modules and packs, because they may contain defective prismatic cells. The defective battery recall reportedly cost A123 Systems $55 million.

To make matters worse, the NHTSA recently launched an investigation into a Texas garage fire that was started by a Fisker Karma. The incident occurred in May in Sugar Land, Texas. Even though fire officials recognized the Karma as what sparked the fire, what actually caused the fire remains unknown. The Karma’s lithium-ion battery pack was initial rumored to be to blame, but Fisker has dismissed that assertion.

“We are conducting an ongoing field inquiry for an EV incident in Texas,” said Claude Harris, director of vehicle safety compliance for the NHTSA. “We are still engaged in that activity, and no determination has been made at this time.”

Not all news has been bad for Fisker, who just published its business update this past week. Business reports state that the automaker has generated over $100 million in revenue in the first four months of 2012. The company has delivered more than 1,000 cars to American and European customers thus far.

John Goreham wrote on June 2, 2012 - 3:14pm Permalink
Nobody wants to admit that electric car battery technology just is not there yet. It may never be. Lithium based batteries are too expensive, too fragile, and don't have enough power density. Meanwhile the Prius (non-plugin) continues to soldier along getting 50+ MPG using tried and tested nickel based batteries that last forever. And it costs about $25K with everything a car should have. The fires in the Fisker and Volt are likley just overhyped examples of growing pains, but if someone ever gets burned you can kiss these taxpayer funded electrics goodbye.