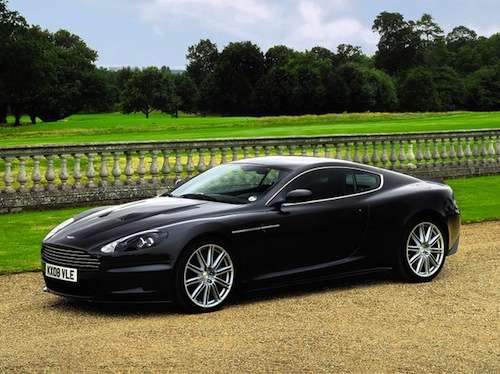 James Bond's Aston Martin DBS, which was featured in Quantum of Solace, will soon be up for auction.
Advertisement

In celebration of the 50th anniversary of the James Bond series, Christie’s auction will be auctioning off 40 different pieces of Bond history, including the 2008 Aston Martin DBS supercar featured in Quantum of Solace. The vehicle was prominently featured in the film’s opening car chase in Siena, Italy.

Although multiple DBS vehicles were destroyed during the filming of Quantum of Solace, this particular model looks to be in immaculate shape, according to Christie’s online auction catalog. The vehicle up for grabs has a black exterior, with black interior and comes with a Quantum of Solace plaque. The supercar also boasts a 6.0-liter V-12 engine, capable of pounding out 510 horsepower.

Although the Aston Martin DBS is the centerpiece of the auction, several other Bond vehicles will be available as well. There is a replica BMW Z8 roadster, which was featured in The World Is Not Enough, as well as a scale version Aston Martin DB5 used in Skyfall.

In total, there have been nine Aston Martin vehicles featured in the Bond series. Aside from Quantum of Solace, Aston Martins were present in Casino Royale, Die Another Day, Tomorrow Never Dies, GoldenEye, The Living Daylights, On Her Majesty’s Secret Service, Goldfinger and the upcoming Skyfall.

Daniel Craig, who drove the DBS in Quantum of Solace, will soon get behind the wheel of another DB5 in next Bond film Skyfall. The Aston Martin’s appearance in Skyfall will mark the third time Craig has manned the car.

The auction takes place online from September 28 to October 8. All proceeds will go to benefit various charities, including UNICEF.