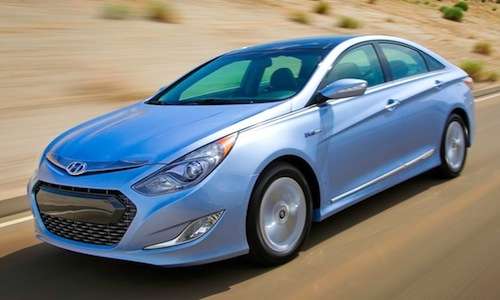 Hyundai indicates that it will file a petition questioning the merits of the NHTSA recall.
Advertisement

The National Highway Traffic Safety Administration announced today that certain 2011-2012 Hyundai Sonata Hybrids will be the subject of a safety recall. According to the NHTSA, Hyundai has been ordered to replace center rear seatbelts in 14,728 Sonata Hybrids manufactured beginning on December 2, 2010 and delivered to dealers through March 7, 2012. The NHTSA reports that the Sonata Hybrid’s center rear seatbelts are in violation of Federal Motor Vehicle Safety Standards, because it forbids using “a release mechanism that detaches both the lap and shoulder portion at the lower anchorage point.”

Though the NHTSA’s recall is not entirely unusual, Hyundai’s reaction to the news has been uncommon to say the least. Even though Hyundai has agreed to replace the center rear seatbelts in roughly 1,633 Sonata Hybrids, the automaker is refusing to do the same on the remaining 13,095 units. Hyundai has only agreed to replace seatbelts on hybrids still in dealerships and not ones already sold to customers. The Korean automaker claims that the seatbelt issue does not pose any safety risk, therefore should not involve any repair.

Consequently, Hyundai intends to file a petition for an exemption from the recall. Hyundai is not required to notify customers of an impending recall until the NHTSA has resolved the petition. Hyundai will, however, have to notify Sonata Hybrid drivers if its exemption request is denied. Customers are encouraged to sign up for NHTSA’s recall notification system in order to stay informed.

Furthermore, the 2012 Sonata Hybrid earned high marks on U.S. News’ list of Best Hybrid Cars. Coming in tied at No. 3 (with 2012 Chevy Volt), the vehicle received an overall 8.5 rating for its warranty coverage and impressive list of standard features. Unfortunately for Hyundai, its hybrid was docked major points for its subpar fuel economy compared to other hybrids. The 2012 Toyota Prius and the 2012 Ford Fusion Hybrid, which garnered the top spot on the U.S. News list, bested the Sonata Hybrid.