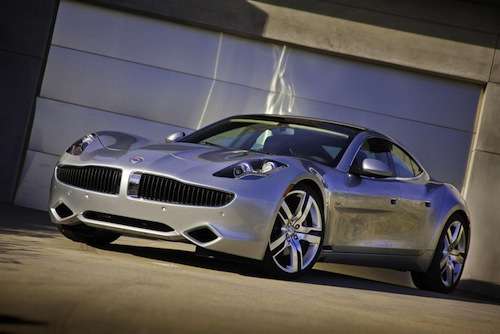 New reports indicate that singer Sean Kingston was telling a tall tale when he claimed that Bieber gave him the vehicle as a gift.
Advertisement

Although being friends with Justin Bieber must certainly have its perks, free cars is not one of them. It turns out that TMZ’s report of Bieber giving his Fisker Karma away to friend Sean Kingston was false.

The report, which was posted earlier today, included a video of Kingston claiming that Bieber had given him the vehicle as a gift. “When you’re best friends with one of the biggest artists in the world you get all different types of gifts and this is one of them,” said Kingston.

In the end, Kingston’s claims were nothing more than fodder for the paparazzi. Kingston’s statement was investigated the entertainment website Gossip Cop, which contacted Bieber’s manager Scooter Braun. Braun told the website that Bieber let Kingston borrow the car for one day and that is definitely not his to keep.

Braun originally gave the vehicle to Bieber for his 18th birthday during an appearance on the Ellen DeGeneres Show. One month later, Bieber tricked out his birthday gift, getting it chrome-plated by West Coast Customs. The car-remodeling company, which was featured on MTV's Pimp My Ride, also modified Bieber's Cadillac CTS-V to look like the Batmobile.

Bieber may have benefited from unloaded his Fisker Karma, because it has caused him numerous headaches recently. The conspicuous luxury plug-in hybrid has made Bieber an easy target for eager paparazzi. Back in July, Bieber was nabbed for speeding on the 101 Freeway in L.A. while attempting to flee pursuing photographers.

Aside from a speeding ticket, Bieber was pulled over late last month by a California Highway Patrol officer for tinted windows. The traffic stop resulted in a minor accident in which two paparazzi crashed into one another while attempted to catch a glimpse of Bieber.

Although he won't be adding a Fisker Karma to his collection, Kingston is the proud owner of four impressive rides including a Cadillac Escalade, Range Rover, Rolls Royce and a $400,000 Maybach.

Don Bain wrote on September 25, 2012 - 5:08pm Permalink
The real question here is if you had a Fisker Karma to give your best friend, how long would they remain your BFF??? Would it be a gift or a curse? Some pundits would call it the latter.