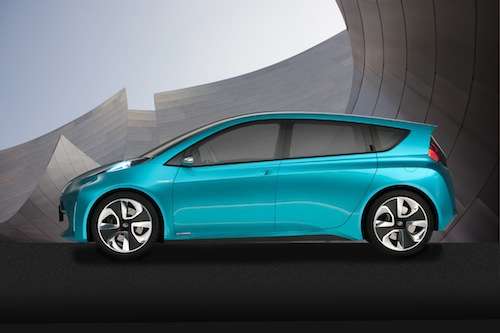 Just when we thought it was over, Consumer Reports is defending their review and is not biting their tongue.
Advertisement

Consumer Reports review of the all-new Toyota Prius C generated quite a stir when it hit the web late last month. The review, which called the vehicle “lackluster” and “cheap,” was praised by some and dismissed by others, including Cars.com. Considered one of the leading destinations for online car shoppers, Cars.com defended the Prius C for its overall value and impressive features. Now, when it seemed the dust was beginning to settle, Consumer Reports has decided to double down on its accusations in a new article.

The site’s new piece titled “The Toyota Prius C isn't a good car, and here's why,” continues the barrage against the new EV and does not mince words. Consumer Reports argues that supporters of the Prius C are simply “missing the point.” Although the car’s defenders point out great fuel economy, Consumer Reports claims solid mpg was not enough to merit a positive review.

While some supporters of the Toyota Prius C cited its gas mileage as a major selling point, others favored its seemingly affordable sticker price. Consumer Reports original video review of the Prius C stated, "If you want a $20,000 Prius, you should buy a used one." Even though this line received great criticism, Consumer Reports is standing by it.

Although $20,000 may be a reasonable price, Consumer Reports argues that its job is to judge the Prius C’s value in terms of its competitors. “Compared with other models you can buy, the Prius C proves to be really disappointing,” said Consumer Reports. The site went on to say, “It's a cheap car with an expensive drivetrain. We can't be any more clear than that.”

Tsingshan's Threat to Tesla: EV Maker Is In Battery Crosshairs
Tesla-Funded Research Reveals One of The Biggest Mysteries of EV Battery
END_OF_DOCUMENT_TOKEN_TO_BE_REPLACED