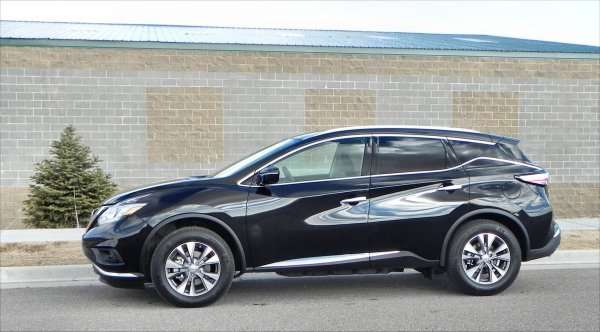 The redesigned 2015 Nissan Murano continues to win awards for its style, quality, and value. It has now been named as a winner by U.S. News for the second time, this time as the Best 2-Row SUV for the Money. The popular news magazine's automotive editor had already chosen the 2015 Murano as the No. 1 Affordable Midsize SUV. The Murano has also been named to other awards from other outlets, including being put on the list of Best of What's New at Popular Science.

Based on the U.S. News analysis, the 2015 Murano was recognized for having the best combination of positive reviews, safety and reliability scores, interior space, and family-friendly features in its class. "When the all-new 2015 Murano went on sale in December, we were confident this vehicle would be among the best," said Fred Diaz, senior vice president, Nissan Sales & Marketing and Operations U.S., Nissan North America, Inc. "Featuring undeniable comfort, ample interior and cargo space, advanced safety features and so much more, experts and customers alike are now seeing in the 2015 Murano what we've seen all along – the all-new Murano is in an elite class, and we're ecstatic to validate this with another highly-coveted U.S. News award."

The Murano was also noted for its multiple USB ports and well-reviewed touchscreen system that helps to keep everyone in the family entertained among other qualities.

The 2015 Murano is the third-generation of the crossover and is becoming its best-selling rendition to-date. Reviewers are noting its bold exterior styling, premium interior, and well-balanced drive dynamics. The 2015 Murano is offered in four trim levels – S, SV, SL and Platinum – and in a choice of front-wheel or all-wheel drive. The starting Manufacturer's Suggested Retail Price (MSRP)* for the Murano S FWD is $29,560 USD, while the top-of-the-line Murano Platinum AWD is priced at $40,600 USD.

John Goreham wrote on March 16, 2015 - 9:47pm Permalink
Just saw this Saturday in person for the first time. Nissan now has the two best looking Crossovers at any price in the Murano and Rogue. It drives sweet too.