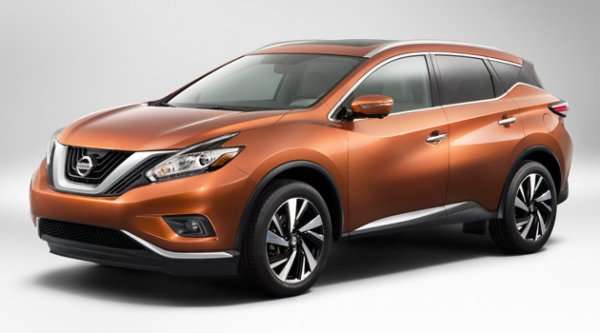 Popular Science magazine has named the 2015 Nissan Murano as the Best of What's New. Why did the Murano win out over thousands of other products this year?
Advertisement

The world's largest science and technology magazine, Popular Science, reviews thousands of products every year for inclusion in their Best of What's New issue. The magazine chooses 100 products in 12 categories and publishes the results every December in a special issue. That issue just hit newsstands nationally and the 2015 Murano is on the list.

The most-read issue of Pop-Sci every year, the Best of What's New issue included the 2015 Nissan Murano because the magazine believes that the all-new Murano shakes up the midsize crossover segment significantly. When the 2015 Murano enters dealerships next month, it will feature a new Predictive Forward Collision Warning system that "sees" objects up to 492 feet away from the car. This, says Pop-Sci, means that the car isn't just looking at the next vehicle in line, but several vehicles ahead.

"When it spots a slow-moving or stopped car, the system registers the hazard, often before the driver ahead hits the brakes."

The Murano's predictive system works by sending radar from underneath the car rather than just off its bumper, so it reaches "under" the car(s) ahead and returns impressions of where vehicles other than the one immediately in front of it are located. When one of those vehicles suddenly changes speed, the Murano knows. Often well before the driver does. Or even the driver of the car ahead of the Murano does.

This technology, says Popular Science, will change the way active safety systems think in the near-future. For that, The 2015 Nissan Murano is a Best of What's New pick.

The Murano isn't the only Nissan product in the Best of What's New issue. The Spark-Renault SRT 01E formula car is also featured, being the star of the Formula E series.

Also on the list was the Evatran Plugless L2 electric vehicle charging system which is demonstrated using a Nissan LEAF electric car.