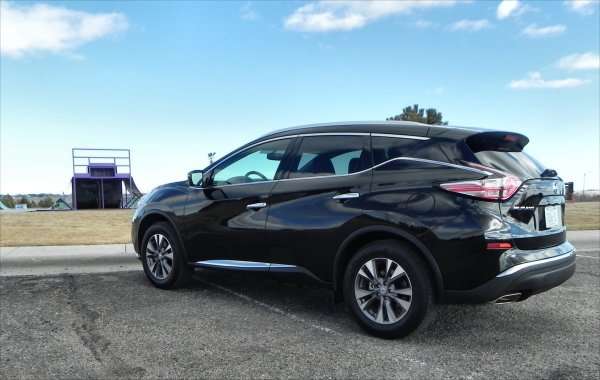 The 2015 Murano won both the coveted Motorweek Drivers' Choice Award and the U.S. News Best SUV for the Money at the Chicago Auto Show.
Advertisement

Two major awards were presented to the 2015 Nissan Murano during the Chicago Auto Show last week. One was the coveted Motorweek television magazine Driver's Choice Award for Best Small Utility. The annual award is one of the most-anticipated in the industry and judges vehicles from the buyer's point of view for value, reliability, and innovation.

"Nissan is to be congratulated for making space in their crossover lineup for something truly different," said John Davis, host, Motorweek. "The Murano is not your typical suburban hauler. It mixes great practicality, with high style, at an affordable price, like no other utility. It's a combination that we think consumers will find impossible to ignore."

Also at the Chicago show, U.S. News & World Report named the 2015 Murano as the No. 1 Affordable Midsize SUV and the Best 2-row SUV for the Money. The Murano was a finalist for those awards last year, before its redesign, showing that it was already poised to win. U.S. News' Best Cars for the Money awards lists the vehicles they believe combined quality and value. These are scored and compared, with the car rankings at the magazine then listing them first to last over a five-year cost of ownership and price paid index.

Following a full evaluation, the 2015 Murano was noted for its "outstanding value and critical acclaim," among other qualities, to capture the crown of "Best 2-Row SUV for the Money." Earlier this year, the 2015 Murano beat out 11 fellow midsize SUVs to earn its current position as U.S. News "No. 1 Affordable Midsize SUV."

On another note, the Murano's little brother, the Nissan Rogue, was chosen as the 2015 Consumer Guide Automotive Best Buy. The Rogue was one of only two compact crossovers to achieve this merit.