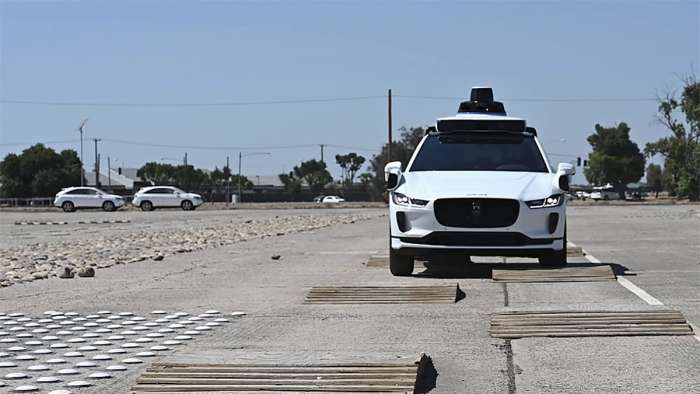 Why Waymo Has A Better Autonomous System Than Tesla

John Krafcik, the well-regarded CEO of Waymo, took to Twitter to promote his company’s autonomous driving system while getting his digs into Tesla.
Advertisement

John Krafcik, the CEO of Waymo, and former head of Hyundai Motors America (among other industry gigs) minced few words in proclaiming his company’s autonomous driving system the best in the industry. All the others are runners up, he declared in a Twitter discussion.

Speaking of Tesla: Elon Musk today said Tesla autopilot will soon be “much safer” than humans.

Waymo, he said, isn’t focusing on putting humans behind the wheel. “We're in the 1st stage w/both Waymo One & Waymo Via, now. Both have massive potential. We're 100% full autonomy, no licensed driver required,” he proclaimed. “That *is" our product. Would we ever try human driver-assist? Parts of our stack might be incredibly useful, but it's not a focus [at the moment].” 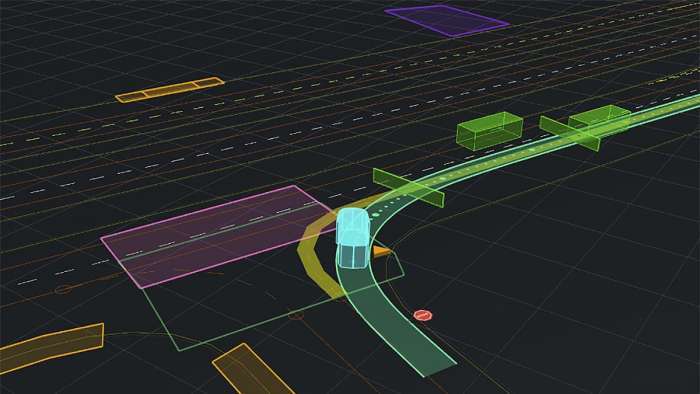 This being Twitter, Krafcik was challenged on Waymo’s claims of “20 billion miles of testing.” Doubters said only 1% of those miles were real-world tests [still a respectable 20 million miles]. To know John Krafcik is to know he is legitimately one of the smartest people in the room.

“[Simulation] is our opportunity to create more complexity and challenge, and drive faster iteration & validation cycles, so those 20B+ [simulated] miles are much more challenging than [real world] miles,” he said, putting down Tesla’s claim of 3 billion real-world miles testing.

Krafcik said Waymo has two plans for its autonomous vehicles. “To get people where they need to go, safely & easily, we'll offer Waymo One in cities & communities around the world. You can use it in [Phoenix] today. To move packages & other things, Waymo Via will connect shippers & customers,” he wrote. 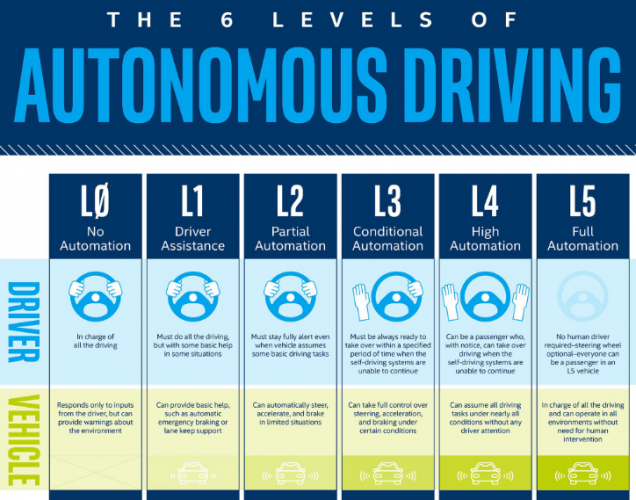 He also spoke about the Society of Automotive Engineers’ current description of autonomous driving. [See the graphic.] He said, “Don't love the SAE levels. E.g., re 4 vs 5, every human driver has constraints (weather, roads, skills, comfort ...), so will every autonomous driver. Need a simpler taxonomy w/ just 2 categories: driver-assist (human with a [driver’s license] is req'd) & autonomous (no licensed driver req'd).”

Krafcik offered links for people interested in learning more about simulation testing at Waymo. The second link deals with how Waymo drivers are trained.

So, where do you stand on Waymo vs. Tesla? Which is the better system? Which would you trust more? Is simulated testing better than real world miles? Share your thoughts in the comments below.

Tak wrote on December 31, 2020 - 12:43pm Permalink
I second him. Fully autonomous system doesn't require licensed driver. Period.
SirSpammenot wrote on December 31, 2020 - 12:44pm Permalink
First: after 2020 we the internet public are really tiring of clickbait headlines. Stop it. Second: the adage "you just can't make this stuff up" encapsulates why Krafcik is being.. let's say optimistic about why real world data is inferior to man-made-up data. I believe Tesla's real world approach has access to more real corner cases, period. Tesla is solving for a harder problem. So: Waymo can only be first when you can control it's environment, while Tesla's approach is superior in all other cases (which makes it the winner in safety) but may fully deploy slightly later. Fair disclosure: I have a Model 3 with FSD, and the beta is friggin amazing quality. Good enough for non-employees to be using with some care. And it works without premapping the environment, unlike Waymo's requirement.
Jarod wrote on January 17, 2021 - 9:17am Permalink
My best friend died when his Tesla’s “self-driving” option malfunctioned on him. So let’s relax on the safest claims.
Philip Spector wrote on December 31, 2020 - 3:57pm Permalink
Excellent reporting
Carmi Turchick wrote on January 1, 2021 - 4:07am Permalink
Waymo is not even a potential competitor in autonomous mobility for Tesla. Autonomous mobility will be dominated by the cheapest price and the greatest availability. While Tesla has relentlessly driven down cost of production, increased durability, and increased efficiency, Waymo still thinks they can buy a few cars from some manufacturer and retrofit a bunch of expensive additional equipment onto them and compete. We can argue about virtual miles, but virtual vehicles are a no. Tesla will have millions of autonomous mobility vehicles. Waymo will have 50,000 or something, that cost a lot more per mile. This competition is like matching Usain Bolt against a ninety year old with no legs in a race, except Waymo is convinced that they have a chance. No. No one is going to want to wait a lot longer for their ride and pay twice as much, Tesla will be the new "Uber" term for summoning a ride.
Haggy wrote on January 1, 2021 - 11:58am Permalink
Tesla always made it clear that they use real world data rather than relying solely on simulation. The idea that Tesla doesn't use simulation is absurd.
John Brown wrote on January 23, 2021 - 3:00am Permalink
Simulation v. Real world? Autonomous driving tests can not rely on pretense.
Philip Spector wrote on January 23, 2021 - 10:54am Permalink
This is an extremely difficult task. People’s driving ability vary widely, in a most unpredictable way.. Phil Spector