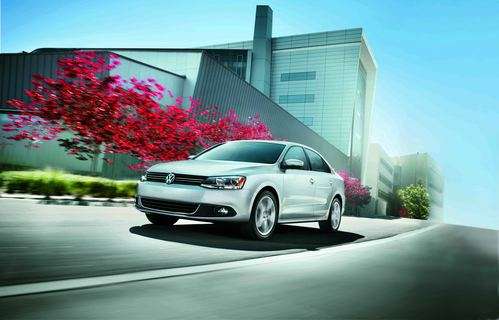 Volkswagen Sales up for October but Heavily Reliant on One Model

Volkswagen is continuing its juggernaut to be the sales leader in the world by posting strong September sales numbers that show the German manufacturer exceeding 2010 sales with two months to go in 2011 but the sales strength comes on the back of one model.
Advertisement

For October Volkswagen sales in the United States were 28,028 vehicles, a 39.6 percent increase over prior year sales. This was the best October sales for Volkswagen since October 2001, when manufacturers deeply discounted prices in the wake of the 9/11 attacks when consumer confidence had hit a new-time low. Year to date, Volkswagen is 23.8 percent ahead of 2010.

Strong sales of the deeply discounted 2012 Volkswagen Jetta are helping to drive the improved sales results. Jetta sales total 13,058 units, a 51.5 percent increase year-to-date, and that breaks 150,000 for the 2011 calendar year. In October, the Jetta accounted for almost half of Volkswagen’s sales – a potentially risky position for the company to be in if ardor for the Jetta cools – always possible with major announcements coming at the Los Angeles Auto Show in a couple weeks and the Detroit Auto Show in January.

“As the all-new Passat and Beetle start to enter the market place, demand for Volkswagen vehicles has already exceeded last year’s annual volume in the first 10 months of the year, “ said Jonathan Browning, president and CEO, Volkswagen Group of America Inc. "With the right products in the heart of key segments, and now the most Insurance Institute for Highway Safety’s (IIHS) Top Safety Picks in the industry, our momentum continues as customers are increasingly recognizing and embracing the quality and value of our vehicles.“

The Routan is the latest Volkswagen to earn the Insurance Institute for Highway Safety's (IIHS) Top Safety Pick rating for 2011, the highest possible from the non-profit safety research organization. This means that Volkswagen now has nine top safety picks, giving the brand leadership in the U.S. industry. The other 2011 Volkswagen models to receive the rating are: the Chattanooga-built Passat, CC 2.0L TSI, Jetta, Jetta SportWagen, Tiguan, Touareg, and four-door Golf and GTI models.

The all-new, 2012 Volkswagen Passat sold 5,040 units for the month of October, its first full-month of sales for the Chattanooga-built vehicle and the most Passats sold since December 2005. The 2012 Beetle sold 1,516 units as production starts to ramp up. Volkswagen Jetta sales (including Sport Wagen) totaled 13,058 units, a 9.2 percent increase over last year. GTI sales increased 32.8 percent while Golf sales rose 34.3 percent versus last year. Sport utility vehicles Touareg and Tiguan experienced 204.6 percent and 18.4 percent sales increases, respectively. Volkswagen’s high-mileage, clean diesel TDI models accounted for 20.5 percent of all October sales and up 37 percent year-over-year.

The new Jetta comes standard with the Intelligent Crash Response System (ICRS), which is unique in its class. ICRS turns off the fuel pump, activates the hazard lights and unlocks the doors in the case of an airbag deployment. The 2011 Jetta is also covered under the no-charge Carefree Maintenance Program. All scheduled maintenance is covered for the length of the New Vehicle Warranty of three years or