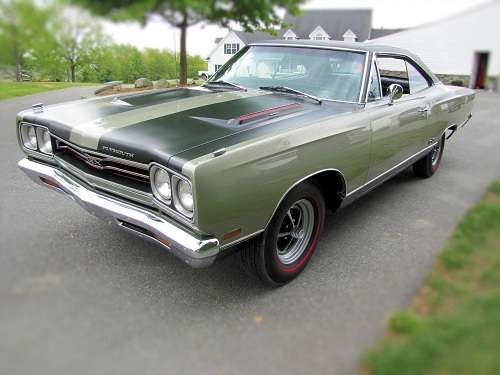 British Car Auctions is bringing American Muscle to the UK

A leading car auction company in the United Kingdom (UK), British Car Auctions (BCA) is set to get gearhead pulses racing as it launching auctions of classic American Muscle cars in partnership with DarCars Automotive Group from the US.
Advertisement

The monthly sale at BCA Nottingham will see some of the most iconic and desirable examples of US Muscle Cars from the Fifties, Sixties and Seventies go under the auction hammer.

The eight cars featured in the initial sale which takes place as part of the Sports, Prestige & Executive auction at BCA Nottingham on Thursday June 21st.

The line-up for the June 21st sale includes three Chevrolet Corvettes, two Pontiac GTOs, one Chevrolet Camaro, one Pontiac Firebird and a very rare Plymouth GTX, with all models dating from 1963 to 1970. Now that's a car auction!

Further sales of 16 additional American Muscle cars are scheduled for July 19th and 24 cars will be auctioned by BCA on August 16th . There will also be at least 24 cars auctioned monthly at each Top Car Auction in Nottingham after these dates.

All the cars have been fully restored and are presented to the highest standards with UK registration for 1 year by the Ministry of Transport (MOT). Comprehensive documentation will also be provided for each vehicle including, where available, details of restoration work undertaken.

“These sales will offer a rare opportunity for collectors and enthusiasts to purchase from a selection of beautifully restored classic American muscle cars at auction.” said DarCars group spokesman Robert Ryan. “These cars have been hand-picked as some of the best available to the marketplace.”

“The opening sale includes a selection of very desirable Americana and we expect this and the future sales to attract interest, not just from UK buyers, but from much further afield.” added BCA’s spokesman Tim Naylor. “There is a real following for the American muscle cars with many buyers seeing them as a real investment for the future.  It’s an exciting addition to our sale program.”

American Muscle Up for Auction

The 1963 Chevrolet Corvette C2 327/340HP Roadster comes in a beautiful white with black interior is complete with hard-top. It has covered just 46,000 miles from new and had a full frame off restoration completed just 480 miles ago.

Dating from 1970, the Pontiac GTO Ram Air III Coupe is a rare car, being one of just 3,054 built.  In original condition with matching numbers on the drivetrain, it has benefited from a full frame-on restoration, new interior and paint job completed just 1,000 miles ago.

The 1969 Plymouth GTX 440 Coupe 440ci/375hp is another rare car and, apart from the replacement engine block installed in the 1970's, is in very original condition with all other components bearing matching numbers.  Finished in Platinum Silver with dark grey stripes, a black vinyl roof and black leather interior it has been comprehensively restored in recent years.

The 1967 Chevrolet Camaro RS/SS Coupe looks stunning in Bolero Red with Black Interior and sitting on Rally Wheels with Red Line tires. It shows a recorded 22,000 miles and is in concourse condition following a full restoration completed 1,200 miles ago.  It is supplied with a Camaro Hi-Performance Inc. MacNeish Certificate of Authenticity, the original owner’s manual and as a spare, the original M13 HD 3 Speed Transmission.

A true US motoring icon, the 1967 Pontiac GTO Convertible 400/335hp Automatic has just two owners from new, with the original female owner retaining the car until 1989.  Finished in Signet Gold with Parchment Interior and white power roof, a full restoration was completed just 100 miles ago.  In very original condition, the centre console includes ‘His and Hers’ gear shifter.

Tesla-Funded Research Reveals One of The Biggest Mysteries of EV Battery
Tesla Tesla Buyer Nets a Whopping $12,000 Discount After Asking for Reduction
END_OF_DOCUMENT_TOKEN_TO_BE_REPLACED