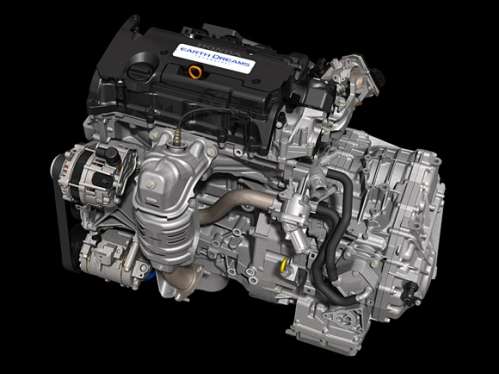 (TorqueNews) Honda has introduced what it believes is "a revolutionary next-generation technology" for automobiles that it calls "Earth Dreams Technology."
Advertisement

"Earth Dreams Technology" is a next generation set of technological advancements that Honda says "greatly enhance both driving performance and fuel efficiency at a high level, using as its base advanced environmental technologies to pursue the joy of driving unique to Honda."

It explains in a statement that "it is a series of measures in which efficiency of internal combustion components including engine, and transmission, as well as electric-powered motor technology, is further improved."

Through its implementation first in the mini-vehicle N BOX and gradually onto other vehicle models, Honda aims to achieve industry-best fuel efficiency for every category within three years, while simultaneously reducing by 30% CO2 emissions for all products sold worldwide by 2020.

"Earth Dreams Technology" is an expression for a set of technologies that Honda argues "takes into account both our need to protect the environment and our desire to provide a joy of driving."

Here are key components of the technology:

Honda outlines the technical changes this way in its release: