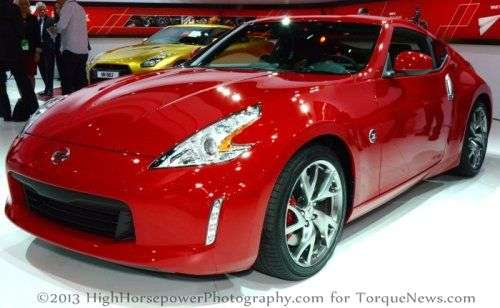 We used to include the Nissan 370Z in our monthly rear wheel drive performance car sales piece but due to the extremely slow sales of the Z car, we dropped it from our monthly sales comparison. After receiving complaints from a handful of Japanese performance enthusiasts who thought that we should include the sporty Nissan, we wanted to take a look at just why the 370Z struggles to compete in the US market.
Advertisement

I should begin by explaining that Nissan sold just 7,338 examples of the 370Z Coupe and Roadster in all of 2012. Ford sold more Mustangs in that in a single month six times last year en route to selling a total of almost 83,000 units on the year. That gross difference in monthly sales was why we stopped mentioning the Nissan 370Z in our muscle car sales piece each month. However, even if you look at the sales figures of the new Scion FR-S, the sporty Scion crushed the Nissan in 2012 annual sales.

The problems with the Nissan 370Z, as I see them, are that it costs too much, it’s too small inside and it lacks the level of power of the other cars in the class – even those which are less expensive than the Z. Don’t get me wrong; the 370Z is a well respected performance car but over the past few years, the sporty Nissan 2-seater has lost a great deal of ground to the other options in the rear wheel drive performance car class.

Some Nissan 370Z enthusiasts will be quick to point out that the 370Z suffers in sales due to a lack of a proper V8 (a point which we will address on its own below) but even if you compare the 370Z to another Japanese sports car that doesn’t have a V8, the Z still struggles to compare. The Scion FR-S moved 11,147 units in the US last year in its first year of production and while the performance measures are vastly higher for the 370Z, the least expensive 370Z starts almost $8,700 more than the Scion. Also, there is the Hyundai Genesis Coupe that starts at about $5,000 less than the 370Z even though it offers similar performance with 348 horsepower.

Nissan issued a significant price cut for their all electric Leaf to help it compete with the new entries in the segment and the company would be well advised to do the same thing with their 370Z.

2. A tiny interior with no rear seat – Let’s be real honest here…the back seats of the Ford Mustang and Scion FR-S are barely big enough to comfortably fit an average adult but in the long run, those cars do have the option to squeeze in two extra passengers. On the other hand, the Nissan 370Z doesn’t have a back seat in coupe or convertible form. This means that there is no option to squeeze in a couple extra adults nor is there room for a small family to seat a kid or two in the back. However, a buyer of the Ford Mustang, Scion FR-S, Dodge Challenger or Chevrolet Camaro has a back seat that can comfortably accommodate two children or two shorter adults. This alienates a great many prospective buyers who might not ever use the back seat for passengers but with those other models, those owners have the option to bring some friends on a ride or – more importantly – those models give younger families a chance to take their little ones on a cruise through the country. Beyond passenger space, the Mustang, Camaro, Challenger, the Genesis Coupe and FR-S all have easy access cargo space in the back seat while Z owners will need to put their stuff in the trunk. You can throw a backpack or camera case in the back seat of most rear drive performance models and get right to that parcel from the front seat without any issue but 370Z owners lose that ease of loading small cargo.

Considering that every other car in the segment has a back seat, the Nissan 370Z is at a tough disadvantage to the competition and this problem is compounded by the fact that a back seat isn’t something that you can just dial up. The company can lower the price or add more power but it is much more difficult to add a back seat – or a cargo area that is more readily accessible from the driver’s seat.

1.Lack of performance
– When the Nissan 350Z was introduced for the 2003 model year, the 287 horsepower offered by the 3.5L V6 was about 10% higher than the 2003 Ford Mustang GT. From 2004-2009, Nissan gradually increased the output of the 350Z up to 306 horsepower so the Z car remained very close to the Mustang in terms of power output that had just 300hp in 2009. Nissan jumped out away from the Mustang a bit for the 2009 model year when the new 3.7L V6 was introduced with 332hp while the Nismo 370Z packed 350hp so the high price was justified by offering more power than the Mustang GT. However, when the 2011 Ford Mustang debuted with the new 412 horsepower V8, later increasing the output to 420hp – the Mustang left the 370Z in the dust. Even though the Dodge Challenger and Chevrolet Camaro were not available when the 350Z was introduced in the US, those models eventually came into the picture and, like the Mustang, the new Camaro and Challenger offered considerably more power than the 350Z and 370Z. More importantly, the Nissan 370Z costs more than the majority of the available trimlines for the Mustang, Camaro and Challenger while offering quite a bit lower performance. Complicating the problem is the Hyundai Genesis Coupe which offers a naturally aspirated V6 with 348 horsepower which is also quite a bit less expensive. The Genesis Coupe doesn’t compete with the other rear wheel drive performance models in sales but it further deepens the talent pool in the segment.

The good news for the Nissan 370Z is that adding power should be the simplest problem to solve but you have to wonder just how much more Nissan can squeeze out of their powerful VQ Series V6 engine lineup. At this point, you would think that Nissan would either go to a force induction V6 that offers somewhere in the area of 400 horsepower or they could opt for a new V8 that would once again give the Z car a power advantage over the Camaro, Mustang and Challenger. Unfortunately, considering the level of performance among the “standard” V8 American muscle cars including 426hp in the Camaro SS, 420hp in the Mustang GT and 372hp in the Challenger R/T (which is priced similarly to the base model 370Z Coupe), it could be tough for Nissan to offer enough power to compete with the American muscle cars without further increasing the price.

The Nissan 370Z was introduced for 2009 so the current iteration is coming up on 4 years old…leading us to believe that there could be a new Z car in the pipeline. Unfortunately for Nissan, the high performance American muscle cars and the Scion FR-S/Subaru BRZ have made the “affordable” rear wheel drive performance car segment much tighter than it was when the modern Z was introduced for 2003. Nissan could fix two of these problems by fitting in even a tiny rear seating area and packing in an extra hundred horsepower but the company will still have to face a massive price differential between itself and every other car in the segment.