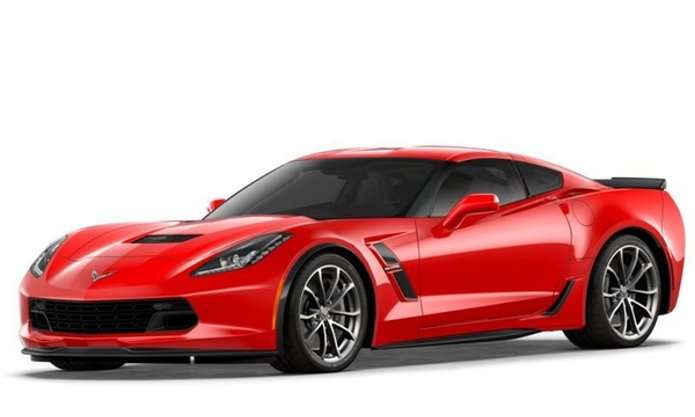 If you are looking to buy a 2018 Chevrolet Corvette Grand Sport and you would like to save more than $4,300 on the 460hp sports car, you might want to get a part time job at Taco Bell – as employees of the Mexican fast food joint get a big discount on the C7 Grand Sport.
Advertisement

Strong-selling packages for premium sports cars like the 2018 Chevrolet Corvette Grand Sport are rarely subject to rebates and discounts – especially early in the model year – but General Motors is now extending their Supplier Pricing to folks who work at Taco Bell.
That’s right – Taco Bell employees can get a deep discount on a 2018 Corvette Grand Sport, saving $4,385 on the high performance version of the C7 Stingray.

Why Taco Bell Employees?
It is unclear why Taco Bell employees would be able to apply to the GM Supplier Discount, but it is not unusual for an automaker to extend discounts of that type to non-automotive companies. For instance, it makes sense for someone who works for Brembo to get the Supplier Discount since that company provides braking assemblies for a variety of GM vehicles, but to our knowledge, none of the new Chevrolet, Cadillac, GMC or Buick vehicles come equipped with a Nacho Cheese Doritos Locos Tacos Supreme (unfortunately).

Now, you might think that General Motors has some sort of partnership with the Yum Brands, which owns Taco Bell, but there is no mention of a similar discount for KFC or Pizza Hut employees (two other Yum Brands). Perhaps Taco Bell sponsored the GM company summer picnic or maybe the purple livery of the fast food company appears on a GM race car – we don’t know – but the people who make the tasty low-priced tacos can save $4,385 on a new Corvette Grand Sport.

Really, you have to wonder how many Taco Bell employees can afford a $60-65k sports car, but for those who have been saving up, working multiple jobs or just don’t mind overextending their finances – they can get a great deal on the C7 Corvette Grand Sport.

carl4emaj wrote on December 3, 2017 - 10:45am Permalink
i didnt know tacobell employees made that much money