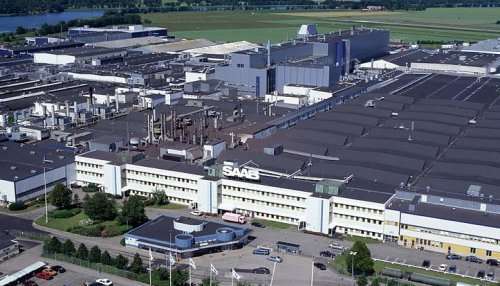 According to the internet gurus at Saabs United, Saab will send a small portion of its workforce back into the Trollhattan plant to resume production – but only of vehicles already underway when production came to a halt in early 2011.
Advertisement

The statement posted by Saabs United didn’t give much (any) information but it was announced that Saab and parent company SWAN would be opening the doors to their Trollhattan assembly plant to a small group of workers who could be tasked with building the last Saab vehicles ever built. In total, there are rumored to be around 100 vehicles partially assembled at the Saab plant and this select group of Saab production workers will get to work a final handful of shifts before the company is put to rest via the bankruptcy procedure.

This move does not come as a huge surprise as Saab moves through the bankruptcy procedures as raw, unused materials have value and completed vehicles have value but a partially completed car is worthless and those components are no longer of any value…so to send what few workers they can afford back to the plant to complete those in-progress vehicles technically gives them more items from which to raise money. Also, considering that Saab sold their Trollhattan production facility to an investment firm a few months ago in order to try to raise money to pay their bills, that new owning company may want their building empty if Saab isn’t going to be resuming full production in the future. However, having followed Saab’s death march since it began early in 2011, I’m surprised to hear that new Saab models are being built – even though the reason for production makes perfect sense.

There is currently no way of knowing exactly what types of vehicles are sitting, partially assembled in the Trollhattan plant but with the SportCombi (that’s a station wagon) and Sedan versions of the Saab 9-3 and Saab 9-5 produced there, along with the droptop version of the 9-3 – there could be a decent product mix coming via this last batch of roughly 100 Saab vehicles.

It should be pointed out that, while Saab and parent company SWAN are being taken through the ringers of court-administered bankruptcy, several large (and financially sound) companies are showing interest in buying part-or-all of the Saab brand. The enthusiasts at Saabs United are confident that these 100 Saab vehicles built in Trollhattan ahead of a total company shutdown will not be the last Saab vehicles ever produced but if they are – this small group of Saab production workers could be building a legendary group of cars that could become very collectable. While Saab may not have the following of other major automakers, the right to own the last production model has become a sought after claim in the collector’s world.

In the meantime, American Saab dealerships are dealing with the headache of trying to sell brand new vehicles that no longer have any factory warranty support. When Saab announced that they had succumb to the pressures of their creditors and declared bankruptcy, the value of Saab vehicles sitting on lots around the world went down significantly. However, for those enthusiasts who love the Saab brand, these last 100 vehicles could be a last chance to own a brand new Saab.

Imagine being the Saab enthusiast who can say “I own the very last Saab ever built”.

TorqueNews will continue covering the ongoing Saab saga, bringing you any news as it becomes available!