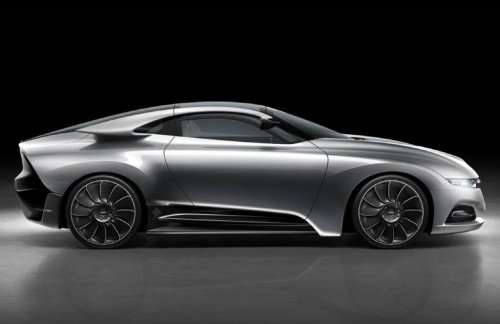 Saab was unable to pay their workers in June and July but they were quick to find the funds to make those payments shortly after they were originally expected, thus avoiding bankruptcy. However, with August wages still not paid for blue and white collar workers alike, the third labor union has filed the paperwork with the government to have Saab and parent corporation Swedish Automobiles forced into bankruptcy. The first two unions to request the government to force Saab into bankruptcy represented Saab’s white collar workers while the most recent union to file for forced bankruptcy, IF Metall, represents roughly 1,500 blue collar workers. As part of the bankruptcy proceedings, the union can secure the pay of those workers who were paid late in June and July, while not receiving any pay for the month of August 2011.

Saab claims that they are not insolvent and that they will have the money to pay the 3,600 unpaid workers as well as the 100+ suppliers to whom the Swedish automaker owes money. Saab and parent company Swedish Automobiles have been furiously hunting for investors in the company over the past few months with their most likely lifeline coming in the form of Chinese investors Pang Da and Youngman Lotus. The problem is that those investments cannot happen until they are approved by the Chinese government, which Saab believes may not happen until November. However, many involved in the industry believe that the Chinese government may not approve those deals and even if they do, the money paid in from Youngman and Pang Da still will not be enough to keep the company afloat with more and more bills coming in – and less portions of the company to sell off to interested investors.

Saab has been given the right to appeal a previous rejection for government protection from bankruptcy and if approved, the Swedish government would prevent creditors and the unpaid laborers from forcing the automaker into bankruptcy while the company undergoes the second planned reorganization in the last decade. The problem with this scenario is that the government has already rejected Saab’s request for protection once and with very little new money coming in, the government may not believe that the company is any more capable of paying off their debts and getting back to business than they were a few weeks ago.

The reply to Saab’s latest request for government protection could come as soon tomorrow (Wednesday, September 21st) but it is expected to come by the end of this week. If the government once again rejects Saab’s request for protection, they will likely not be granted another chance to appeal without some major influx of cash. Also, if they are rejected, their first bankruptcy hearing is scheduled for September 26th pertaining to the filing from the two white collar labor unions. Saab parent Swedish Automobile plans to fight the bankruptcy claims, insisting that they are capable of coming back from this provided that they are given another chance.

LG's New EV Battery Plant Is a Welcome News for Tesla
Tesla Giga Berlin's New Hurdle: It's Not Only the Gov't, but Now Tesla Itself
END_OF_DOCUMENT_TOKEN_TO_BE_REPLACED