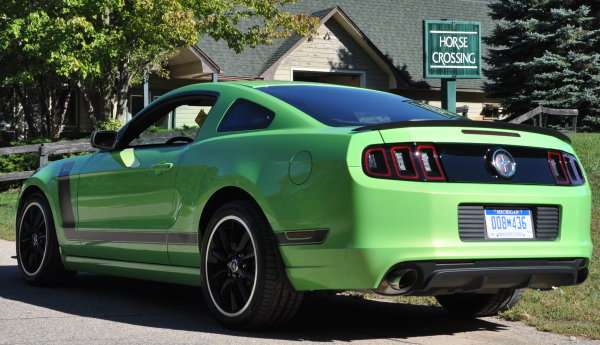 Preparation for Production of the 2015 Ford Mustang Has Begun

The 2015 Ford Mustang will be built at the same Flat Rock Assembly Plant that has built every S197 Mustang since the introduction of that generation for the 2005 model year. Mustang sales flourished during the generation that ends with the 2014 model year, having moved nearly one million units since production began back in the summer of 2004. Considering the extensive list of changes between the 2014 (S197) Mustang and the 2015 (S550) Mustang, the retooling process will likely be a lengthy and extensive job as the team hurries to begin production of the next generation models later this summer.

Fun Facts on the S197 Mustang
The S197 generation of the Ford Mustang began with the 2005 model year and ended with the 2014 model year. During that time, almost a million Mustangs were built and sold with 2006 marking the strongest sales year of the generation when Ford moved 166,530 new pony cars. 2005 was the second best year with 160,975 Mustangs sold and 2007 ranked third with 134,626 examples of the classic American sports car reaching happy new owners. As an interesting key point, those strongest years were in a time where not only was Chevrolet not offering the Camaro – but there was really no mention of the 5th generation Camaro which was officially launched in 2009 as a 2010 model.

During the now-ended S197 generation of the Ford Mustang, black was the most popular exterior color choice with 23.2% of all units sold during that ten year run being painted black. Red ranked second with 22.1% and silver was third with 20.6% so between those three colors families, about two thirds of all new Mustangs sold were a shade of black, red or silver while all other colors accounted for just 33%.

The S197 generation saw the introduction of a handful of vintage Mustang-related names including the Shelby GT500, the Boss 302 and the Cobra Jet after long absences from the lineup, along with the return of the Bullitt Mustang that had also been offered in limited numbers during the previous New Edge Mustang generation.

While not everyone loved the 2005-2014 Ford Mustang, every car ever has had its critics and the strong sales figures for the Mustang are proof that Ford went a positive direction with the styling and mechanical aspects of the generation. During this generation we met the most powerful production Mustang of all time with the supercharged Shelby GT500 with 662 horsepower and 631lb-ft of torque in addition to the best handling Mustang of all time with the Boss 302 Laguna Seca Edition.

The 2015 Mustang is on the Way
Now that the very last 2014 Ford Mustang has rolled off of the assembly line in Flat Rock Michigan, the workers at the plant will begin making the changes needed to build the next generation Mustang. While the basic assembly process will be very similar, the machinery used to physically assemble the new S550 Mustang will need to be adjusted. Ford has not said exactly how long it will take to complete the retooling process, but it is expected that the Motor Company will launch production this summer and with summer upon us – we should be within no more than two months from the start of production.