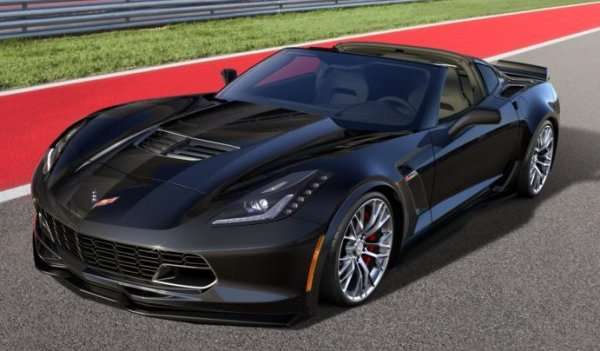 National Corvette Museum Prepares to Give Away 2015 Z06

The National Corvette Museum will give away a 2015 Chevrolet Corvette Z06 this Thursday as part of their fundraising raffle program and if you didn’t get a ticket for the Z06 raffle, you have another chance to win a new Corvette from the Museum later this month.
Advertisement

The National Corvette Museum in Bowling Green, Kentucky has given away 10 new Chevrolet Corvettes during the 2015 calendar year and this Thursday, the museum will give away a 2015 Chevrolet Corvette Z06. This black Corvette Z06 is fitted with the 8-speed automatic transmission, the 2LZ trim package, the MyLink infotainment system, the 1-piece transparent roof, the carbon flash painted ground effects package and the Performance Data Recorder – a car that costs upwards of $92,000 at your local Chevrolet dealership. However, with the National Corvette Museum raffle, you can win this 2015 Z06 with a ticket that costs just $250.

Unfortunately, this raffle was limited to just 1,000 tickets and they sold out in the past 24 hours, so if you didn’t have a ticket for the black 2015 Corvette Z06, you are out of luck. However, Thursday afternoon is going to be a great one for the person holding the winning ticket for the 650 horsepower Z06.

Two More Raffles in 2015
If you haven’t participated in any of the 2015 National Corvette Museum raffles this year, you have two more chances to win a Corvette by purchasing a ticket that costs far less than the car itself with the final raffle scheduled for this year having tickets that cost just $10. Ten Bucks!

May 28th Raffle
The first of the two remaining National Corvette Raffles is scheduled to be drawn on May 28th and this contest is for a 2015 Chevrolet Corvette Coupe in Arctic White. This car comes with the 8-Speed Paddle-Shift Automatic Transmission, the ZF1 Appearance Package, black 5-spoke wheels, 2LT Equipment Group with Adrenaline Red Leather, Heads Up Display, a Bose 10-Speaker Audio System, Chevrolet MyLink Audio System with Navigation, the Performance Data Recorder, the Transparent Roof Panel and Carbon Flash painted mirrors, spoiler and hood center.

There will be just 1,500 tickets sold for this 2015 Corvette Stingray Coupe raffle and each ticket costs $100. Right now, there are still tickets available on the Corvette Museum website.

September 5th Raffle
The final National Corvette Museum raffle set for the 2015 calendar year is for a bright red Corvette Stingray coupe. This car comes with many of the same features as the white car being given away later this month, with the exception of different colors such as chrome wheels, a body colored spoiler and a chrome badge package. The tickets for this raffle are only $10 a piece, but tickets for this car are unlimited.

So, you could spent $100 on a single ticket for the Arctic White Corvette on May 28th and have a 1 in 1,500 chance, or you could buy ten tickets for the same $100 for the September 5th auction and have ten chances to win - but there is no way of telling how many tickets will be sold for the red Stingray so the odds could be much worse.

Click here to head over to the National Corvette Museum website to buy raffle tickets for either of the final two drawings of 2015.

Joseph wrote on September 20, 2015 - 7:43pm Permalink
Please send me more info about the raffle for the corvette.