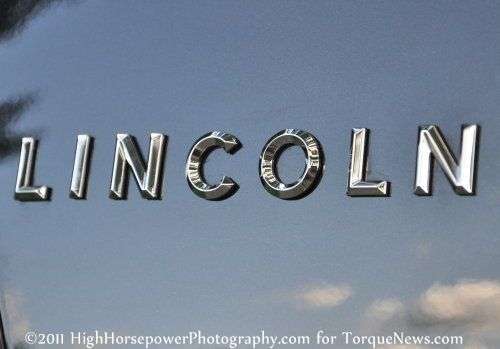 Lincoln to get seven new/revised models by 2014

Lincoln has been having a rough year without middle-child brand Mercury but word of seven all-new and/or revised models hitting their showrooms by 2014 is news that could help Ford Motor Company’s high end brand step up to the big boys of the luxury segment.
Advertisement

Over the past two years, Lincoln has gotten by with the MKS, MKZ and MKX accounting for the bulk of their sales. They have also had the tried and true Town Car along with the MKT and Navigator but their three most popular vehicles were the most recently refreshed MKS, MKZ and MKX – all of which are close relatives to popular Ford models (the Taurus, Fusion and Edge, respectively). While these luxury level vehicles have helped Lincoln stay above water since Mercury was killed off, some critics complain that they are too much like their less expensive siblings from Ford.

According to Automotive News, Ford’s global product chief Derrick Kuzak has explained that by 2014, there will be seven new or improved models for the Lincoln brand – with some of those new models set to debut this year. These improvements will include new engine and transmission technology along with sheet metal revisions that will allow them to stand apart more clearly from the Ford models with which they share their underpinnings. Also, Lincoln could benefit from some new models based on new global platforms that would help expand their offerings to prospective customers.

First off, the current heavy hitters from Lincoln (MKS, MKZ, MKX) will new exteriors in the next few years to help them stand out from the Ford models on the same platform. The MKZ and MKX will receive new sheet metal (and front/rear fascias) that will make them look less like the Ford Fusion and Edge – although we can expect them to retain the familial grille and headlight look that we see across the majority of the brand – with both revised models being based on Ford’s global mid-sized platform. The flagship Lincoln MKS will receive a similar exterior redesign to that seen on the MKZ and MKX, helping it to differ more from the Ford Taurus. While the next MKS will look less like the Taurus, it will still share the drivetrain and undercarriage which means that it could receive the EcoBoost 4-cylinder engine expected to hit the Taurus lineup in the next few years.

Next, the Lincoln MKT could go a variety of directions over the next few years, beginning with a minor refresh to the interior and exterior for the 2012 or 2013 model year. The MKT currently sits between the large Lincoln Navigator and the more compact Lincoln MKX and although a slight refresh is planned in the next couple years, the future may be grim for this model. Ford has reportedly considered killing it off due to less than stellar sales in favor or something based on the popular Ford Explorer. Lincoln could end the MKT as we know it to make room for the Explorer based luxury SUV but they may also keep the MKT around for limousine duty.

In addition to the possible new Lincoln sport utility vehicle based on the Ford Explorer, the luxury arm of the Ford Motor Company is also expected to see at least one new model based on the global compact platform found in the new Ford Focus. This platform will underpin a wide variety of new vehicles in the US market with the upcoming C-Max joining the Focus, so it would make good sense to see an upscale compact SUV in Lincoln showrooms soon. There are also rumors that Lincoln could get a compact car based on that same platform that could amount to a reskined, high end version of the Ford Focus.

Last but certainly not least, the Lincoln Navigator is expected to receive the 3.5L EcoBoost V6 currently offered in the Ford F150 EcoBoost. This high tech and high powered V6 engine has made the Ford F150 one of the most fuel efficient and most capable trucks in the half-ton pickup segment so applying the EcoBoost technology to the Lincoln Navigator could amount to a high end luxury SUV will tons of cargo space, passenger room and towing capacity in a fuel efficient package.

It is expected that at least some of these models will make their debut – at least in conceptual form – during the upcoming auto show season so within the next few months we could have a good look at the future of the Lincoln brand.