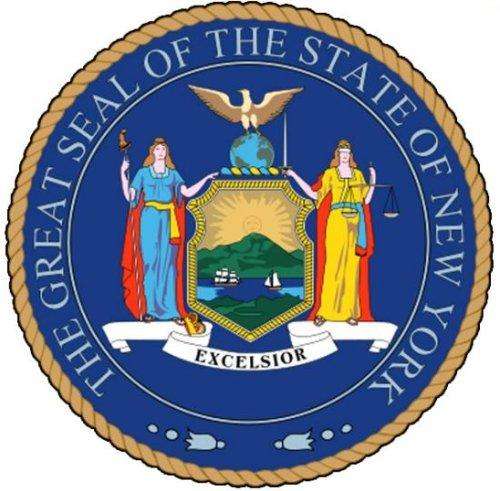 On July 26, 2009 Diane Schuler drove her brother’s Ford Windstar the wrong way down the Taconic State Parkway in New York for 1.7 miles while other motorists veered to avoid her, only to have her slam head-on into a Chevrolet Trailblazer – killing herself, the four of the five children in her van and the three adult occupants of the SUV. Now, her husband Daniel is suing the state of New York, claiming that it is entirely the fault of the state and not his drunk, stoned wife.
Advertisement

Toxicology reports performed during Diane Schuler’s autopsy found that she was under the influence of both drugs and alcohol when she went on her joyride the wrong way up the Taconic State Parkway. Schuler had a blood-alcohol level of 0.19% (more than double the legal limit in New York) as well as substantial amounts of THC – the active “ingredient” in marijuana – showing that she had been throwing back quite a few drinks and smoking an excessive amount of dope before deciding to drive her two kids and her brother’s three kids back from a camping trip. Unfortunately, due to her massive level of intoxication, Schuler was apparently unable to notice the “wrong way” and “do not enter” signs as she entered the highway headed the wrong direction. She also managed to drive 1.7 miles into oncoming traffic while other drivers swerved to avoid the drunk and she motored along – still not realizing her error before slamming into the SUV that ended the whole mess. The toxicology report stated that she had smoked marijuana around 15 minutes before killing herself and 7 other people and that there was even undigested alcohol in her stomach. While Daniel Schuler, who works in the Public Security Unit of the Nassau County Police Department, admits that his wife was a drug user “to help cure insomnia”, he contests that she was not high that day.

When the dust from the accident cleared, Schuler left 7 dead bodies in her wake including her 2 year old daughter, her three nieces (ages 5,7 and 8) and the three men traveling the proper direction on the highway in their Trailblazer. The only survivor of the accident was Schuler’s 5 year old son Bryan, who was thrown from their vehicle during the accident. It is a tragedy for those victims of this drunken junky’s careless crime but in a flagrant abuse of the US judicial system, her husband is suing multiple parties in an effort to divert the blame for this accident onto someone else. In the end, the Westchester medical examiner ruled the death of the 4 children and 3 adults a homicide – making Diane Schuler a murderer.

First of all, Daniel Schuler is suing the State of New York, alleging that his daughter’s death was not the fault of his drunken, stoned wife but instead – it was the fault of the state’s "negligence, carelessness and recklessness" by not providing proper signage and upkeep to the highway. Although the signs in place prevent most (sober) drivers from entering the highway driving over a mile and a half into oncoming traffic – Daniel insists that his junky wife made the mistake that killed 7 people because of a lack of proper signs leading up to the highway.

Next, Daniel Schuler is suing his brother in law who let Diane borrow his Ford Windstar to take his kids and hers upstate for a camping trip. It is a bit foggy as to how Diane’s brother was at fault since he wasn’t there but Schuler believes that since the brother owned the minivan that a drunken, stoned Diane Schuler used to kill 7 people – he is also deserving of a lawsuit against him. Maybe he should sue the brother in law for letting him marry his addict sister.

The American public is already in an uproar after Casey Anthony was found not guilty of murdering her little girl but this case against the state of New York is a true abomination of the American justice system. The fact that Schuler is trying to clear his wife’s name after she got drunk and high with 5 kids in the car...only to drive the wrong way down a busy highway which resulted in the death of 8 including herself is a disgusting abuse of our judicial system. As this ridiculous case goes to court, we can only hope that the judge overseeing the case has enough sense not to help Daniel Schuler protect the name of his murderous wife.