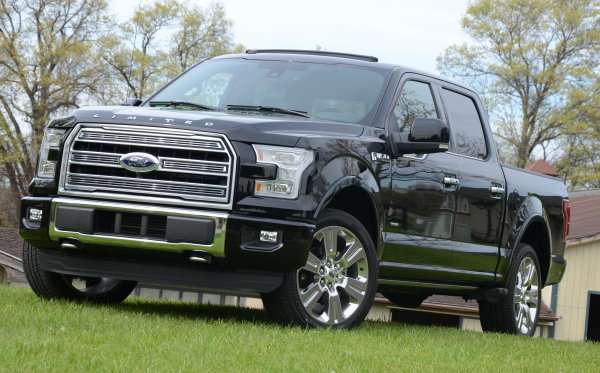 Before getting into the sales numbers of the Ford F Series and the closest competitors, I should explain how Ford can claim this title before all of the automakers have reported their numbers. Over the course of the past decade or so, the top 5 bestselling vehicles in the United States haven’t changed much, with the Ford F Series being chased by the Chevrolet Silverado, the Ram pickup, the Toyota Camry, the Toyota Corolla, the Honda Accord and a few other small vehicles – none of which ever get within a quarter of a million units of the Ford F Series.

The only vehicle was truly has even a remote chance of catching the Ford F Series at the beginning of the year is the Chevrolet Silverado, and with the F Series beating the Silverado by some 246,000 units – Ford doesn’t need to see the sales numbers from most automakers to know that the F Series is the bestselling vehicle in America.

In fact, Ford sold more F Series trucks in the US than some major brands sold vehicles as a whole.

In claiming the 2016 title as the bestselling vehicle in America, Ford has now held that title with the F Series for 35 consecutive years, dating back to 1981.

Ford put together a commercial detailing their 40-year long truck title and you can check that out below.