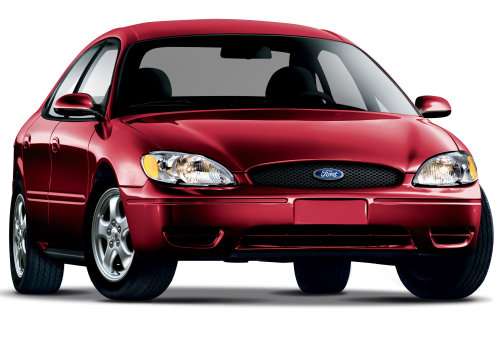 The National Highway Traffic Safety Administration has started an investigation into 1.9 million Ford Taurus and Mercury Sable sedans over a concern that the vehicles may be exhibiting similar unintended acceleration issues similar to those that plagued Toyota Motor Co over the past few years.
Advertisement

The NHTSA investigation in the reports that the Ford Taurus and Mercury Sable sedans may be accelerating on their one is focusing specifically on models from the 2001 through 2006 model years. When the investigation was opened, it related to around 360,000 2005 and 2006 Ford Taurus models, but the NHTSA expanded their investigation to include the Mercury Sable from those same model years along with adding 2001 through 2004 models from both closely related Ford Motor Company sedans – increasing the total scope of coverage to roughly 1,900,000 vehicles.

This investigation has been opened after the NHTSA received 14 complaints of these 2001-2006 Ford Taurus and Mercury Sable sedans accelerating on their own, but the exact breakdown by model and model year has not been released. Luckily, there have been no reports of accidents or injuries stemming from Ford’s alleged unintended acceleration problems, but there have been reports where drivers were unable to avoid going through red lights before getting the car to come to a stop. One report indicated that the vehicle would not stop simply by pressing the brakes and after running a red light and swerving around several vehicles, the driver was smart enough to shut the car off to get it to stop speeding up.

The NHTSA investigation will work to determine if there is a faulty component causing these 1.9 million Ford Taurus and Mercury Sable sedans to accelerate on their own. If the NHTSA finds that there is a specific component causing the problem, the NHTSA will check to see what vehicles in that 2001-2006 range have the component(s) and if it indeed affects both the Taurus and the Sable. However, considering that the two cars are nearly identical – we would expect that any mechanical, electrical or engineering recall causing unintended acceleration would affect both Ford Motor Company sedans. Should the Feds find an issue with the cruise control system, the Motor Company could be forced to recall almost 2 million vehicles.

This NHTSA investigation of the 2001-2006 Ford Taurus and Mercury Sable is similar in nature to the one that eventually forced Toyota Motor Co to recall over 14 million vehicles around the world. However, where the Toyota unintended acceleration issues and investigation around those problems focused on the accelerator pedal assembly, the electric throttle system and floor mats stuck under the gas pedal – this Ford investigation is initially focusing on Ford’s cruise control system. Reports indicate that cruise control cable can detach and hold the throttle wide open according to the NHTSA.
Luckily for Ford Motor Company, the NHTSA has gotten ahold of this problem before it has caused any deaths – as the unintended acceleration issues, the intra-company memos about the issue, at least 50 deaths and “ripple effect” stemming from those recalls continue to plague the Japanese automaker.

David Pierce, a spokesman from Ford Motor Company stated that "(The NHTSA) is asking for information like they have done in the past with other vehicles, and we will be working with them throughout the investigation. Ford received a request for data from NHTSA on Monday and it is just starting to look into how many complaints have been made to company dealers.”