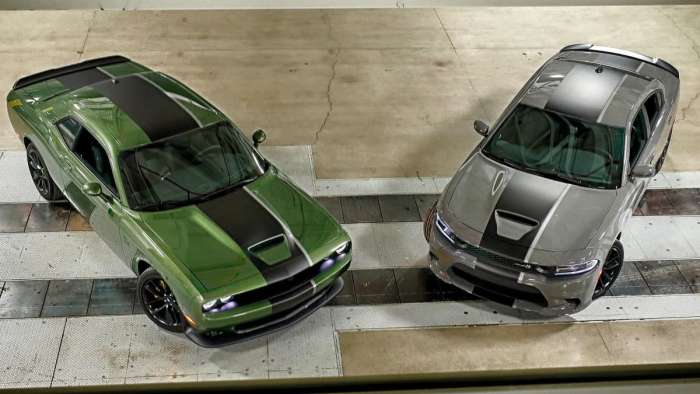 Paying tribute to the US Armed Forces, the Stars & Stripes Edition Charger and Challenger feature a unique look inside and out.
Advertisement

The Dodge brand announced today that when the New York International Auto Show opens next week, the new Stars & Stripes Edition package for the Challenger and Charger will make its formal debut. The high performance brand offered up pictures and details of the new military-themed package earlier today and based on first impressions, this is a package that will prove to be popular with members and supporters of the US Armed Forces. 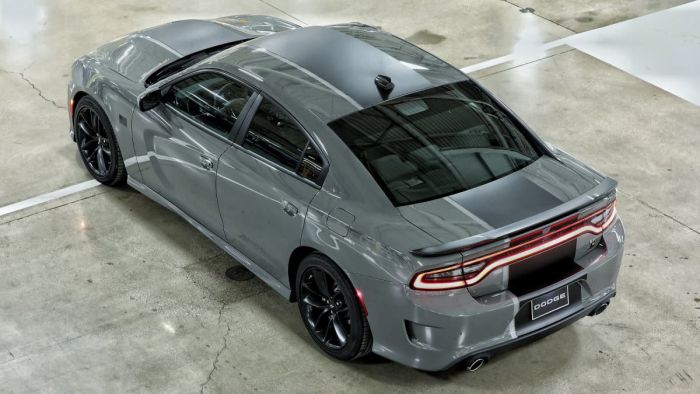 “Dodge is known for delivering custom looks straight from the factory. We also have a strong following of buyers who are in the military, as well as many buyers who are patriotic,” said Steve Beahm, Head of Passenger Car Brands - Dodge, SRT, Chrysler and FIAT, FCA - North America and Head of Parts & Service (Mopar), FCA - North America. “The Stars & Stripes Edition is an opportunity to deliver a custom look with unique elements that speak to those performance enthusiasts who want to extend their passion for their country to the Charger and Challenger.”

Stars & Stripes Details
The new Stars & Stripes Edition package will be offered starting in May for the Dodge Challenger and Charger with the GT (RWD), R/T and Scat Pack trim levels with a price of $1,995 that doesn’t change from car to car. 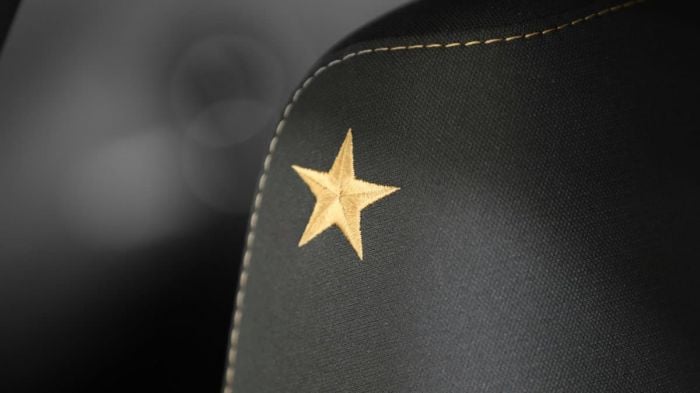 The package begins on the outside with a pair of stripes running down the middle of the car – one thick satin black stripe and one thin silver stripe – along with black American flag decals on the fenders, black badges and low-gloss black 20x9 wheels. Scat Pack models with the standard four-piston Brembo brakes and GT or R/T models with the Performance Handling Group get gold paint calipers as well, and this package is available with Destroyer Grey, F8 Green, Granite Crystal, IndiGo Blue, Maximum Steel, Octane Red, Pitch Black, Triple Nickel and White Knuckle exterior paint.

On the inside, the Stars & Stripes Edition package features black cloth seats with gold stitching and a gold embroidered star on the bolster, gloss black interior accents, bronze instrument panel trim and more gold stitching from top to bottom. 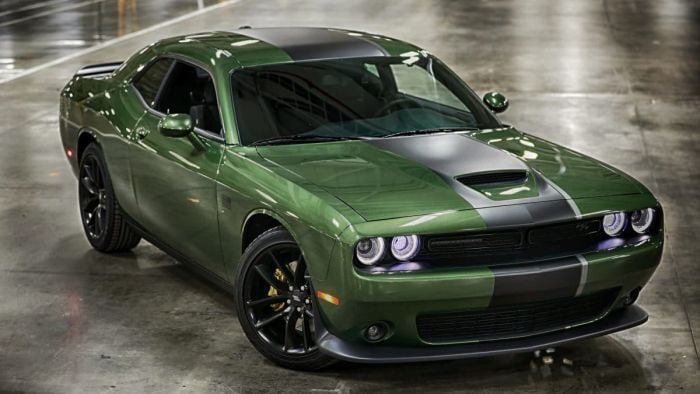 Again, this new military-themed package will make its grand debut next week in New York and dealers will begin taking orders in May.