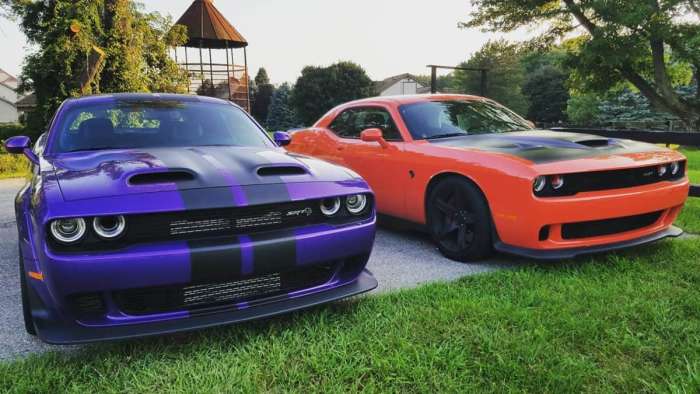 Since 2010, I have been writing my monthly muscle car sales report, looking at how the Dodge Challenger, the Ford Mustang and the Chevrolet Camaro were selling relative to each other. I’ve discussed buyer trends in the segment as new models have led to spikes in sales and shifts in popularity, but it appears that this will be my final monthly muscle car piece.

The End of an Era
General Motors began reporting sales on a quarterly basis in 2018, so my monthly muscle car sales report last year focused on the Dodge Challenger and the Ford Mustang, which was fine, since they were the two bestselling cars in the segment. Unfortunately, Ford Motor Company has gone to the quarterly reporting system for 2019 as well, meaning that month-to-month, the Dodge Challenger is the only car in the group with published sales figures.

As a result, I am forced to discontinue my monthly muscle car sales report until the automakers go back to a monthly basis, should that ever happen. I am pretty bummed about this, as I enjoy discussing sales numbers, especially of a segment in which I am so involved, but without numbers from Ford and GM, I don’t have any options.

Starting in early April, I will be doing a quarterly muscle car sales report, followed by one in July, October and next January, but for my final monthly piece, the Dodge Challenger is the bestselling muscle car in America simply because there are no available numbers to prove otherwise. There is, of course, a chance that the Camaro, the Mustang or both outsold the Challenger in January 2019, but we don’t know that for sure and since I didn’t want to just end this lengthy series without any mention, I will use the only available numbers to call the Challenger the winner on a technicality for January.

January Challenger Sales
In January 2019, FCA delivered 3,230 examples of the Dodge Challenger. That is down from the 3,405 units delivered in the same month in 2018, but last year’s numbers benefitted from the delivery process of the 840-horsepower Challenger Demon. This is actually the lowest January sales figure for the Challenger since it was refreshed for 2015, but numbers are still far better than they were prior to the 2015 refresh and the introduction of the Hellcat model. What is a “bad month” at this point in the life cycle of the Challenger would have been a fantastic month earlier in the car’s modern existence, showing that the improvements of the latest version have done wonders for sales.

The Challenger is coming off of its best sales year in the modern era, so it won’t come as a huge surprise if the Mopar muscle car is down for 2019. Of course, that could change if Dodge rolls out yet another high performance model that sends buyers with fistfuls of cash to their local dealership.

As for the Ford Mustang and the Chevrolet Camaro, we will have to wait until early April, at which point the first quarter sales numbers will be available.