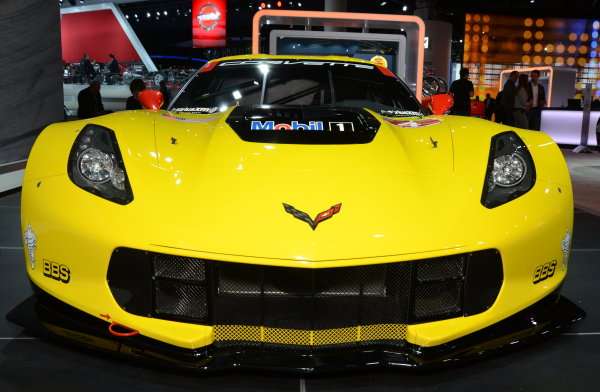 The newest batch of cars for the upcoming driving simulator Forza Motorsport 6 has been announced and the biggest car news in this new announcement is the arrival of the new Chevrolet Corvette C7R race car, but the biggest news overall is that the first playable demo for FM6 will go live on September 1st.
Advertisement

Over the past few months, the makers of the Forza driving simulator series have slowly been revealing the details of the newest installation, Forza Motorsport 6. Yesterday, they announced the newest car list, finalizing the launch-day vehicle roster while also announcing a few more tracks featured on the game, including Daytona Motor Speedway, the Circuit of the Americas and Watkins Glen. Finally – and most importantly to many gamers – is the news that the first playable demo of Forza Motorsport 6 will be available on the Xbox marketplace on September 1st and it is free.

With this final batch, Forza Motorsport 6 has a launch day vehicle roster of 460 vehicles, making it the biggest Forza Motorsport game (at launch) ever. Those cars can be driven virtually on 26 different tracks, which is considerably more than what is available on FM5.

The FM6 Demo
Based on the brief description, the Forza Motorsport 6 demo should offer a pretty good look at the new driving simulator. We will get a “selection of the 460 cars” inside and out with full damage along with a chance to check out a few tracks with the new rain and nighttime features.

Everyone who plays the FM6 demo will automatically get a new Ford GT supercar in their garage when the full game launches in a few weeks and while this is a bit vague, the release states that “the demo will include additional features that allow fans to get even deeper into the "Forza Motorsport 6" experience.” Who knows what that means, but I am excited to find out.

As a level 8 Forza gamer, I cannot wait for this game to launch. I will be posting updates when the demo launches next week as well as playing the game extensively starting on September 10th.