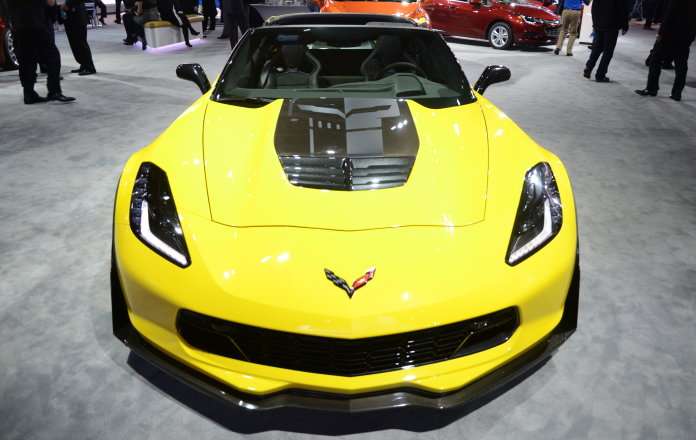 The polling experts at Strategic Vision have published their list of the Most Loved Vehicles in America and with the highest scores among all of the cars honored this year, the Corvette coupe and convertible team up to serve as the top two Most Loved Cars in America.
Advertisement

Each year, the folks from Strategic Vision conduct surveys to establish the Most Loved Vehicles in America, and for 2017, the Chevrolet Corvette coupe and convertible both topped their respective segments. This is the third year in a row where the Corvette coupe has taken home the title for the Premium Coupe class while the Corvette convertible has topped the Premium Convertible class two out of the last three years – with the Audi A5 taking the title in 2016.

The Most Loved Cars in America
The Strategic Vision Most Loved Vehicles in America program polled more than 34,000 Americans who purchased a new vehicle between October 2016 and April 2017. Once those folks had their car, truck or SUV for 90 days, they were asked a series of questions and below is an explanation of the program, from the company itself.

Strategic Vision has spent the past forty years developing metrics that quantify emotion, culminating in The Edwards Commitment Scale® which captures emotional responses ranging from "I hate it" to "I love it," with “Satisfied” as the middle. “By using a scale that incorporates the natural language of the customer we have the best tool to predict future behavior when it comes to advocacy, loyalty and sales,” reports Alexander Edwards, President of Strategic Vision. Integrated into Strategic Vision's New Vehicle Experience Study (NVES), this scale becomes the key factor in the Customer Love Index™ (CLI) used to identify the Most Loved Vehicles in each segment.

Corvette Vs Other Winners
In winning the Premium Coupe class, the Chevrolet Corvette coupe scored 603 points while the Corvette convertible won its class by scoring 644 points. The results don’t include the full scoring for the other vehicles in each class, but in looking at all of the vehicles on the list – the Corvettes had the highest scores among all of the cars to win a class for 2017. The Corvettes were the only two cars to score in the 600s and the only vehicle on the list to score higher is the Tesla Model X SUV, which scored 662 points.

In other words, among thousands of owners, the Chevrolet Corvette is the most popular car in the United States whether we are talking coupe or convertible, while being the second-most popular vehicle overall.