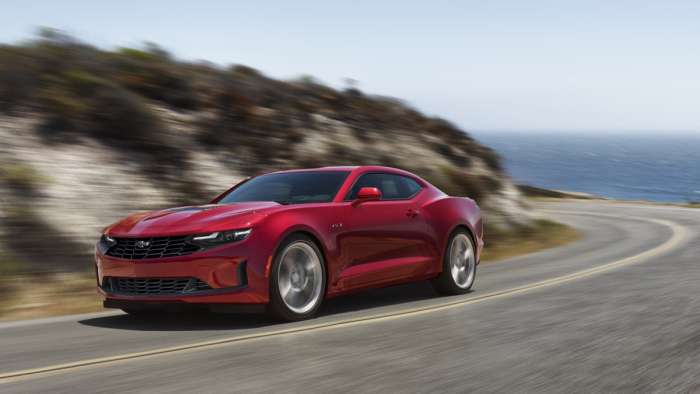 Chevrolet Camaro Could Once Again Be Discontinued After 2023

Insider information from multiple sources indicate that the current Chevrolet Camaro will continue through 2023, but after that, the nameplate will be discontinued, similar to what happened back in 2002.
Advertisement

It is no secret that the Chevrolet Camaro has not been selling well and it is even less of a secret that buyer trends in the American automotive world are shifting away from cars in general – particularly those which are built for high performance. According to a report from Muscle Cars and Trucks, the Camaro will be discontinued after the 2023 model year and in speaking with some insiders of our own, they provided information that supports another hiatus for the Chevy muscle car.

For those wondering, the team at Muscle Cars and Trucks has proven to have solid GM insiders in the past, so we would consider their information to be trustworthy.

Boom then Bust
When the Chevrolet Camaro returned to the company lineup in 2009 as a 2010 model year vehicle, it was a massive success. The model had been discontinued after the 2002 model year and the 8 year break led Chevy fans to rush to dealers to buy the new Camaro. As a result, Chevrolet had the bestselling muscle car every year from 2010 through 2014, but when the new Mustang and new Challenger were introduced for the 2015 model year, Camaro sales tumbled while the other two climbed on the success of the new models.

Some people have questioned whether Camaro sales were poor enough to lead to another discontinuation, and while sales numbers are lower now than they were from 2010 through 2014, they are still higher than numbers in the past. Based on that, I didn’t expect that General Motors would really kill the Camaro off, but with this new information, it sounds like Chevys muscle car could be going away again.

Don’t Say Goodbye To The Camaro Just Yet
So, this is pretty terrible news for Chevrolet and Camaro fans, but don’t say goodbye to the Camaro just yet. We know that the next generation Corvette will be a mid-engined machine, which creates some diversity between the two and it might create a gap in pricing. If the base C8 Corvette is considerably more expensive than the C7, it may drive some buyers to go with the less-expensive Camaro and that could help Camaro sales. If Camaro sales improve enough during the first few years of the C8, General Motors could be more interested in moving forward with the next generation muscle car.

See you in the next story where I have an update: Next Generation Camaro Delayed, Not Cancelled.