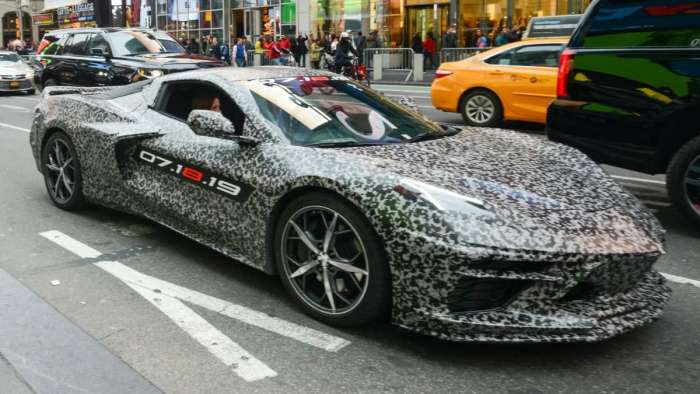 Late last month, we discussed the engine computer encryption system in the upcoming mid-engine Chevrolet Corvette and how the automaker is seemingly making it impossible to crack into the system for aftermarket tuning upgrades. The initial report came from Muscle Cars and Trucks and while their report made perfect sense, at no point did I believe that GM could actually prevent people from tuning the C8. GM may try, but with the amount of money in the aftermarket tuning world, it is only a matter of time before some computer expert figures out a way into the engine computer of the next generation Corvette.

Fortunately, Muscle Cars and Trucks posted another report after speaking with General Motors boss Mark Reuss and it seems as though there is some hope for the aftermarket tuning world.

C8 Corvette's Encryption System Is Intended Against Hackers
While speaking with Muscle Cars and Trucks at the debut of the Cadillac CT4 and CT5, Reuss explained that the encryption system and supporting security measures of the C8 Corvette aren’t intended to prevent performance upgrades so much as they are to prevent hackers from gaining access to the vehicle.

The C8 Corvette will use the same “Global B” electrical architecture as many other GM vehicles, including some vehicles that will have the Super Cruise autonomous driving system. While the Corvette won’t be autonomous, GM wants to make sure that this electrical system is as safe and secure as possible, as there could be horrific results should hackers get ahold of the car while in motion.

“We are going to do everything we can to protect our customers from a cybersecurity standpoint,” said Reuss to Muscle Cars and Trucks. “Global B I think is going to be the standard of the industry in terms of the encrypted messaging that travels on our bus between modules. There’s a clean side and dirty side to that. (2020 C8 Corvette ECU) is very, very well done in terms of being able to connect, but also to have the capacity and capability for things like Super Cruise, AV and EV. That pipeline that is created with Global B and cybersecurity to be part of that is very, very robust.”

Sure, if a hacker accesses the computer system in the C8 Corvette, they might be able to get ahold of any information through a linked cell phone and they might even be able to do things like shut off the engine. This could lead to accidents, but should the same hackers access a vehicle with an autonomous driving system, the vehicle could be entirely controlled remotely, leading to a much greater risk of accidents or injuries, so with that in mind, GM has done their best to make Global B as secure as possible.

Based on Reuss’ comments, cybersecurity is the bigger concern than tuning access, but in terms of making the system secure, the tuners are impacted in much the same way as the hackers. Fortunately, most security measures that are in place to prevent hackers from remotely driving a Cadillac into a crowd of people should focus on wireless security, whereas tuners who have been paid by the owners to add more power will usually be plugged-in when they work their magic.

In any case, we can be assured that tuning the C8 Corvette will be more difficult than any past GM performance vehicle, but with the skill and determination of the aftermarket experts and the apparent focus by GM engineers on cybersecurity, perhaps tuning the mid-engine Chevy sports car won’t be quite as impossible as many thought.