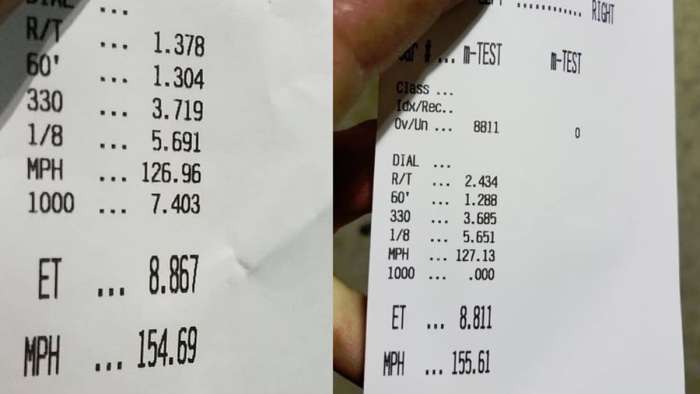 Now that the engine computer of the new LT5 has been cracked, we are bound to see lots of very fast Corvette ZR1 on the track.
Advertisement

When most high performance cars come to market, it doesn’t take long before we see modified examples making monster power and setting record numbers on the track, but we really haven’t heard much about the C7 Corvette ZR1 being built into thousand-horsepower beasts. That is because General Motors came up with a new “locking” system to keep tuners from adjusting the engine parameters of the new LT5, but last month the code was cracked. As a result, tuning companies are now able unleash more power from the C7 ZR1 and that has already led to a key track number.

The black Corvette ZR1 in the video below is the first of its kind to run the quarter mile in the 8-second range and it did so with a relatively short list of upgrades.

World’s Quickest ZR1
We are still working on getting an official list of details on this Chevrolet Corvette ZR1, but in reading through discussions online, it seems that the LT5 has been upgraded with ported cylinder heads, a new camshaft, a ported stock supercharger, a larger throttle body, pulleys, meth injection and a tune from Advanced Modern Performance.

So, the discussions online were fairly accurate, but we didn't know about the fuel system upgrades, the headers or the ice box system in the trunk

Last week, the shop shared a screenshot of this car’s dyno sheet with 1,102 horsepower and 957 lb-ft of torque at the rear wheels, officially making it the most powerful C7 ZR1 in the world. When coupled with the quick-shifting automatic transmission and sticky rear tires, that engine makes it the quickest new ZR1 in the world as well, serving as the first to crack into the 8-second range.

The Record Run
In the Instagram video below, you can watch and listen as this black Corvette ZR1 becomes the first to break into the 8-second range. The official number was an 8.867 at 154.69 miles per hour and that is with the extreme aero bits which are likely slowing the car down on the big end.

Later that night, this ZR1 hit the track again, resetting the record and showing that it wasn’t a mistake, running an 8.811 at 155.61 miles per hour. On that second 8-second run, take note of the 1.288 60-foot time, as that shows just how hard this supercharged Corvette is leaving the starting line.