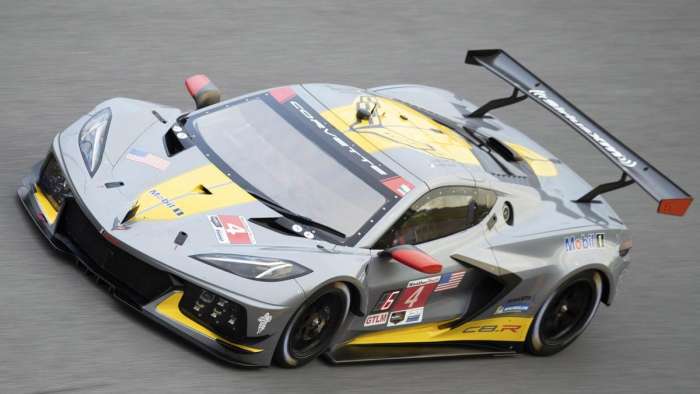 The Roar Before the 24 is the formal beginning of the 2020 IMSA endurance racing season and in the first official track action, the new C8.R Corvette race car put together a strong showing.
Advertisement

The 2020 WeatherTech SportsCar Championship kicked off this weekend, marking the first public performance for the new C8 Corvette race car. The Corvette Racing drivers spent three days testing with the field of potential competitors for the upcoming Rolex 24 Hours of Daytona and the results were great, but they weren’t bad for the newest Chevy endurance racers.

In a field of 7 cars in the GT LeMans Class, the #4 Corvette C8.R turned in the 3rd quickest time, while the #3 Corvette turned in the slowest time of the class. However, the slower of the two teams was less than a half-second behind the quickest car in the class at the Daytona testing session.

Roar Details
If you aren’t familiar with the Roar Before the 24, it isn’t actually a race. It is a three-day-long test session with official timing on the same configuration of Daytona Motor Speedway which will host the Rolex 24 hour race later this month. It is really just practice with many of the competitors that will run in the Rolex 24, so there really isn’t a winner. However, there are official times and those times lead to a quickest and slowest in each group.

The C8.R Corvette competes in the GT LeMans class and at the Roar Before the 24, there were a total of 7 cars in the class. That includes the two cars from Corvette Racing, a pair of BMW M8 GTEs from BMW Team RLL, a pair of Porsche 911 RSR-19s from Porsche GT Team a sole Ferrari 488 GTE from Risi Competizione.

Roar Results
Unfortunately, we have had a hard time finding a full table of results, but based on what we have been able to find, we have pieced together the finishing order from the GTLM class at the Roar.

The IMSA website listed the top 5 in the class along with the fact that the entire class was spread by just 0.446 seconds. Corvette Racing issued a press release stating the best times of each car and using the info from Corvette Racing and IMSA, we determined that the #3 C8.R was in 7th. 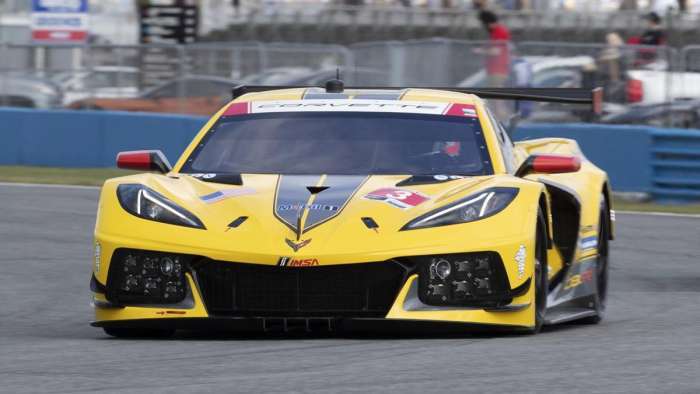 So we know the top 5 and we know the 7th place car, but we couldn’t find any details on the car that finished 6th. By the process of elimination, we know that the #25 BMW finished 6th, but we don’t know who was driving, nor do we know their finishing time. That being said, below is the finishing order for the GT LeMans class at the Roar.

Corvette Looks Strong at Daytona
While the new Chevrolet Corvette race cars “settled” for 3rd and 7th, they spent some of the early stages of the Roar Before the 24 atop the GTLM leaderboard. In other words, for the first time out against returning cars and drivers with at least a season’s worth of seat time in those cars, the Corvette Racing drivers did very well – as did the new C8.R.

The team now has some time to analyze data from the Roar and to make adjustments before the actual Rolex 24 Hours of Daytona later this month. In that main event, Milner will be joined by Oliver Gavin and Marcel Fassler in the #4 car while Garcia will be joined by Jordan Taylor and Nicky Catsburg in the #3 Corvette.