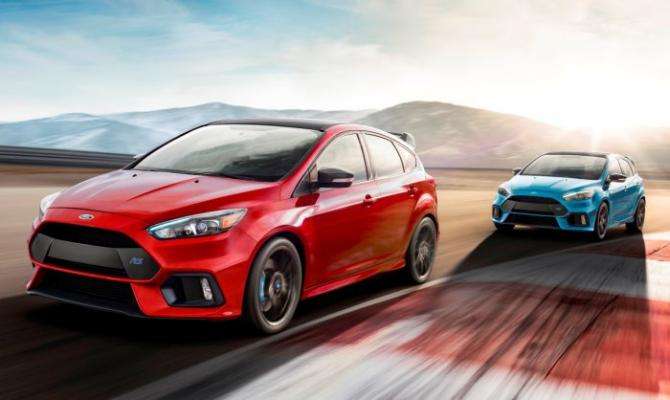 It seems like the Ford Focus RS was just introduced for the US market, but Ford Motor Company is already offering up a special limited edition package for the 2018 RS to celebrate the final year of this generation of the Focus and this new package improves the hot hatch in 3 key ways.
Advertisement

Ford Motor Company has announced that 2018 will mark the final year for the Focus RS as we know it. Over the past two model years (2016-2017), the 350 horsepower Focus RS has hurled Ford to the head of the sport compact class and the segment has responded, snatching up the high performance, all-wheel drive compact cars as quickly as possible.

While people have been buying and loving the new Ford Focus RS, they have also been talking about what they would like to see done differently with their hot hatch, and the Motor Company has been paying attention. As a result, Ford has rolled out the 2018 Focus RS Limited Edition, which will include unique features inside, outside and under the car – but only 1,000 examples will be made for the US and Canada will get just 500 examples of this hotter hatch.

-On the outside, the 2018 Ford Focus RS Limited Edition will be offered in a new Race Red or the familiar Nitrous Blue paint with a gloss black roof, gloss black mirror caps over heated mirrors and a gloss black rear spoiler with the blue RS logos on the wing-ends. The outside also benefits from standard 19-inch painted alloy wheels with blue RS-branded center caps.

-On the inside, the 2018 Ford Focus RS Limited Edition has a handbrake level and a boost gauge which are trimmed in high gloss carbon fiber, along with a handful of now-standard features borrowed from the RS2 package. This includes heated black leather-and-suede Recaro seats with 8-way driver’s seat adjustment, a heated steering wheel and a voice activated navigation system.

“Our new limited-edition Focus RS represents accessible performance at its finest,” said Jamal Hameedi, Ford Performance chief engineer. “Improving on the thrilling driving dynamics of the Focus RS is no small task – but our Ford Performance engineers have delivered a drivetrain capable of wringing every drop of performance from the engine.”

We don’t know how much the 2018 Ford Focus RS Limited Edition will cost, but we know that it will reach dealerships later this year. We will bring you pricing information once it becomes available but in the meantime, check out the RS Limited Edition debut with featuring Mr. Ken Block.