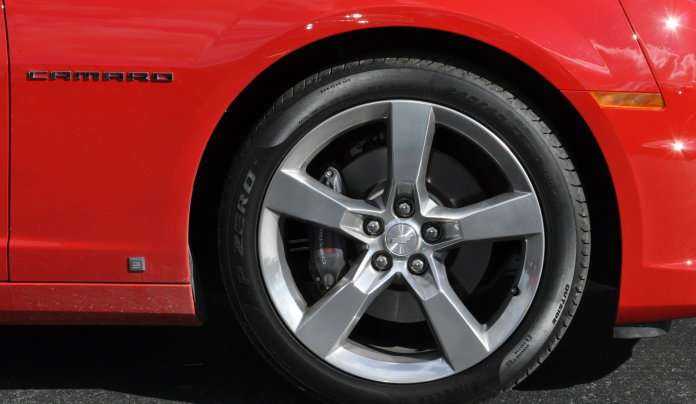 2019 Camaro Refresh: What to Expect from the Future Chevy Muscle Car

It is widely expected that the 2019 Chevrolet Camaro will introduce the first refresh to the 6th generation car and today, we look at the key areas where the car could or should change in order to help spark sales.
Advertisement

If you pay any attention to the muscle car sales race, you likely know that since the beginning of the 6th generation of the Chevrolet Camaro, the Ford Mustang has comfortably outsold the Camaro almost every month. At this point, the Camaro is being outsold by the Dodge Challenger, which is often criticized for its age relative to the Ford and Chevy, and over the past two years, Chevrolet has posted some of the lowest muscle car numbers since the car was reintroduced for the 2010 model year.

General Motors needs to do something to spark Camaro sales and it is expected that we will see a refreshed Chevrolet muscle car, but what might this refresh entail?

Today, I bring you a look at what I believe could change with the 2019 Chevrolet Camaro in order to help improve sales numbers relative to the Ford Mustang and the Dodge Challenger. Mind you, this refresh could be for 2019 or 2020, but it is almost certainly coming within the next few years.

Exterior Appearance
There have been a handful of spy shots showing a Chevrolet Camaro test car with camouflage hiding the front and rear ends of the car, suggesting that an exterior refresh is on the way. These test cars have the same basic shape as the current Camaro, so we aren’t going to see a vast departure from the shape of the, but we can expect new headlights and a new grille up front and new taillights out back. I expect that the goal will be to help the 6th generation Camaro stand apart from the 5th generation cars, as many critics insist that the new Camaro (2016+) doesn’t look different enough from the 2015 models.

The 2016 Camaro exterior design wasn’t a huge leap from the 2015 models, so while overall shape of the 2019 Camaro will be the same as the current models – the refreshed Chevy muscle car should get a new face and a new set of taillights.

New Pricing and Trimline Structure for New Camaros
Back in May of 2016, I polled a group of hardcore Camaro fans and owners, asking them why they wouldn’t buy a 6th gen Camaro at that point. The most popular answer related to the price, but more recently, we reported that Chevrolet was looking at restructuring their trimlines in order to bring prices down a bit. One of the reasons that the 2018 Chevrolet Camaro is so expensive is the long list of standard features. Those features are great for those who want them, but all of those standard items hike up the price – sending budget-minded buyers elsewhere.

This restructuring of the trimlines isn’t going to happen for 2018, as those prices and trimlines have already been announced, but it could and should happen for 2019. When it does happen, we can expect to see fewer standard features for the 1SS models and a lower price, allowing buyers to get into the V8 Camaro at a lower price point.

2019 Chevrolet Camaro Will Have More Power
This really hasn’t been discussed much, but I fully expect to see a bump in power for the 2019 Chevrolet Camaro SS. Over the course of the past 20+ years or so, the volume V8 models of the Camaro packed more power than the volume V8 models of the Mustang. In other words, the Camaro SS or Z28 has generally offered more power – sometimes far more power – than the Mustang GT.

On the other hand, with the news that the 2018 Ford Mustang GT will have 460 horsepower while the 2018 Camaro SS “only” has 455 horsepower, the Chevy is now trailing the cross-town rival in horsepower. Even if only by a small amount, I fully expect that the 2019 Camaro SS will pack more power, allowing it to overpower the Mustang on paper.