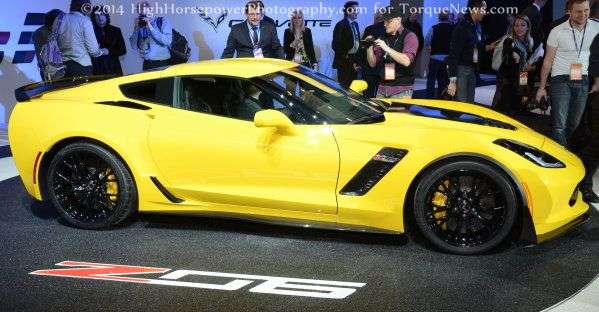 One of the most exciting features of the 2015 Chevrolet Corvette Stingray is the new Performance Data Recorder that can help make the most of track days or spirited romps along a country road but when coupled with the new Valet Mode – the 2015 Corvette can show and tell owners whether their car was abused when left with some questionable parking attendant.
Advertisement

Before getting into the specifics of the Valet Mode for the 2015 Chevrolet Corvette, let me tell you about my college job. I worked as a valet for a restaurant and while there were never any Ferris Buehler romps in classic Ferraris, I can admit that there was more than one occasion where I took a performance car out and stretched its legs. It wasn’t uncommon for some of the less reputable valets with whom I worked to do big, smokey burnouts and while I didn’t get into that – I experienced the performance of more than a few high end cars first hand. I’ve known a bunch of other folks who worked at a valet and in almost every case; they have also played around with a customer’s car on more than one occasion.

I valet my own vehicles knowing that they could be taken for a ride while I’m away and I trust that if they do, they won’t damage my car or truck, but starting with the 2015 Corvette – owners can see and hear exactly what goes on with their sports car when in the possession of the valet attendant.

"Think of it as a baby monitor for your car," said Harlan Charles, Corvette product manager. "Anyone who has felt apprehension about handing over their keys will appreciate the peace of mind of knowing exactly what happened while their baby was out of sight."

Performance Data Recorder Turned Baby Monitor
The 2015 Chevrolet Corvette Stingray and Z06 are equipped with the new Performance Data Recorder system that includes a front facing camera, an in-car and a telemetry system that uses GPS to show your progression on the given track via the large infotainment screen. This system is designed to help owners monitor their success on the track, but the implementation of the new Valet Mode allows owners to see what goes on with their new Corvette when they are not around in case someone like me and my college buddies opt to take your baby for a blast down the highway.

"Performance Data Recorder was initially designed as a tool for track days, allowing drivers to record their laps and improve their driving skills," said Charles. "We soon realized the system could have many more applications, such as recording a scenic drive up Highway 101, or recording when the Valet Mode is activated."

2015 Corvette Valet Mode
While the Valet Mode was available with the 2014 Stingray, the 2015 Corvette Valet Mode is far more elaborate thanks to the Performance Data Recorder. As was the case for 2014, the Valet Mode is activated via a 4 digit code which quickly locks the center stack storage compartment and the glove box along with disabling the entire infotainment system. More importantly, new for 2015 is the addition of the Performance Data Recorder system which is set to turn on whenever the vehicle starts in Valet Mode. This records what is going on in front of the car via the high definition camera, what is being said in the cabin via the cabin voice recorder and the GPS telemetry system keeps track of where your Corvette goes while left with the valet.

Say that you leave your 2015 Chevrolet Corvette Z06 with a parking attendant. Before doing so, you punch in your 4 digit code to activate Valet Mode, which locks the storage compartments and disables the boomin’ sound system. When the valet gets into your car, everything that he or she says inside is recorded and everywhere that they go is recorded. In reality, when you return to get your car and review the footage, all you should see is your car being driven to a parking spot while the attendant talks about how awesome the interior looks and feels. However, if you return to 15 minutes of high speed footage with the valet blasting around the area after picking up a friend – you know that your car was abused after being dropped off.

I’m not sure what real repercussions can be handed out in the event that an owner learns that his or her 2015 Corvette has been played with while left with the valet – but you will then know not to leave your car with those folks anymore.