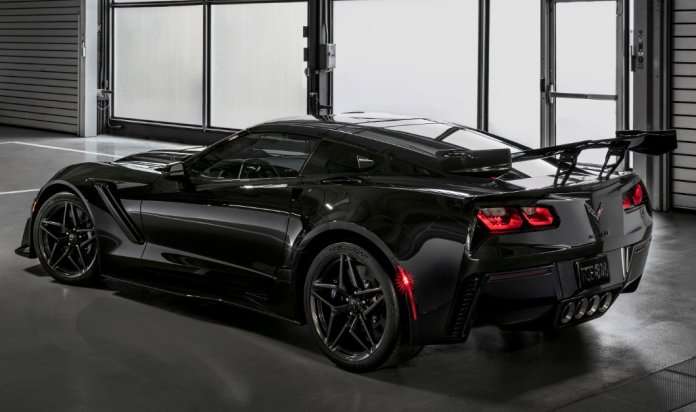 The first 2019 Chevrolet Corvette ZR1 built for public consumption will be auctioned off at the Barrett-Jackson event on January 20th in Scottsdale, Arizona, and the proceeds will go to the Stephen Siller Tunnel to Towers Foundation – a group that provides homes to catastrophically injured US service members.
Advertisement

When the 2019 Chevrolet Corvette ZR1 was first introduced earlier this month, we could have bet good money that the first production unit would be auctioned off for charity with help from the folks at Barrett-Jackson. Today, General Motors made that official, announcing that C7 ZR1 #1 will be auctioned off on January 20th at the Barrett-Jackson Scottsdale event. The automaker also announced that the proceeds will go to benefit injured American soldiers by means of the Stephen Siller Tunnel to Towers Foundation and its Building for America’s Bravest program.

“GM and Chevrolet are proud to honor and support the brave men and women of our armed forces,” said Steve Hill, GM vice president of U.S. Sales and Service. “With the proceeds from the auction of the Corvette ZR1, we will be able to offer additional support to some of our most severely wounded veterans through the Building for America’s Bravest effort.”

The 1st 2019 Corvette ZR1
While many of you might already know that, the 2019 Chevrolet Corvette ZR1 being auctioned off on January 20th, 2018 will not be the car shown above. The new ZR1s on display in LA are preproduction models, as are the 755hp Corvettes built over the next few weeks as engineering and test models. However, when official production begins next year, the first unit built for public sale will be headed to the winner of the January 20th auction in Arizona.

Since the car will not be built until after the auction, the winning bidder will get to pick all of the options that they want on 2018 Corvette ZR1 #1, so the odds are good that it will be loaded up. The MSRP of that first 2019 ZR1 will likely be in the $150,000 range, but the odds are good that this car will sell for far more than the sticker price. Recent first-unit auctions have seen cars go for anywhere from $500,000 to over a million dollars, and when you consider the importance of this first C7 ZR1 – it seems likely that this will be one of the more expensive charity auction cars we have seen in the modern era.

The most active buyer of these first-unit cars –particularly from General Motors and Chevrolet – is NASCAR team owner and hardcore car collector Rick Hendrick. He has paid millions of dollars for first-unit cars in the past decade and I would bet that if he isn’t the buyer, he is one of the people bidding on the 755hp Corvette.

Stephen Siller Tunnel to Towers Foundation
The proceeds of the auction for the first 2019 Chevrolet Corvette ZR1 will go to the Stephen Siller Tunnel to Towers Foundation to assist with its Building for America’s Bravest program. The foundation itself was named after New York City firefighter Stephen Siller, who was among the first responders killed in the aftermath of the 9-11 attacks. This group provides mortgage-free “smart homes” to the most severely injured US soldiers, allowing them to live a more comfortable life with a home built to accommodate their needs. These homes include automated doors and lighting, wider halls and doorways, showers that accommodate wheelchairs, cabinets, counters and stove tops that can be raised and lowered and HVAC systems that can be controlled from personal devices.

So, if you have a million dollars laying around and you would like to own the first 2019 Chevrolet Corvette ZR1 built for public sale, start planning your trip to Scottsdale for January 20th.