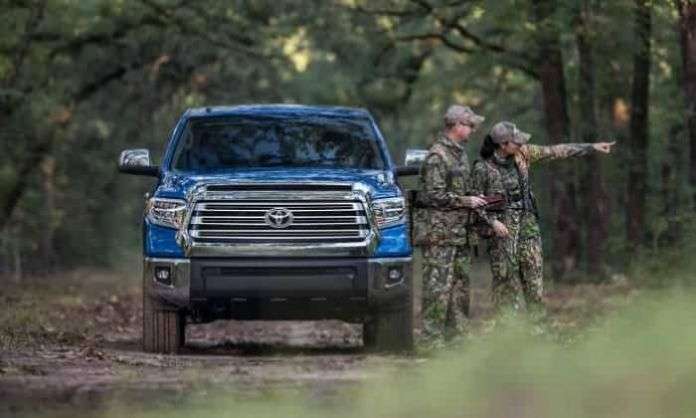 If you think you have things that are common with other fellow Toyota Tundra owners, see if you can find yourself in one of these six types.
Advertisement

It appears that Toyota Tundra owners have many things in common, just like Jeep owners or Corvette owners. Few days ago I asked in All Out Tundra Group on Facebook about things that Tundra truck owners have in common. One of the group members, named Jeovanni, summarized everything into six groups. In which group do you see yourself if you are a Toyota Tundra owner?

"I think tundra owners are broken into a few groups," writes Jeovanni and lists these 6 groups.

1. The first group of Toyota Tundra owners are those who have only owned Toyota cars. They have never owned anything (in terms of cars), but Toyota vehicles only.

2. The second group of Tundra owners are those, who have for some reason let down by American trucks. This is Jeovanni's opinion. I personally think that the American car manufacturers have come a long way in the past 20 years in terms of quality and appeal.

3. There are Tundra owners who have bought their Tundra trucks because they wanted something little different. Tundra trucks stand out and this review of the 2016 Toyota Tundra Limited shows why. These are the 3rd type.

4. The fourth are the modded truck guys. Tundra owners are very creative when it comes to modding their trucks. Here see this story discussing if a Tundra bed cover really increases its MPG.

5. The fifth type is the small business owner. I remember years ago when with a group of automotive journalists I was touring the Toyota SE in Jacksonville, FL, Toyota officials were specifically stressing the benefits of having a Tundra if you are a small business owner working in certain industries.

6. And the last, but not the least are those people who have outgrown their Toyota Tacomas or 4Runers and now need to tow more. I guess this group members could also fall under the number one group also.