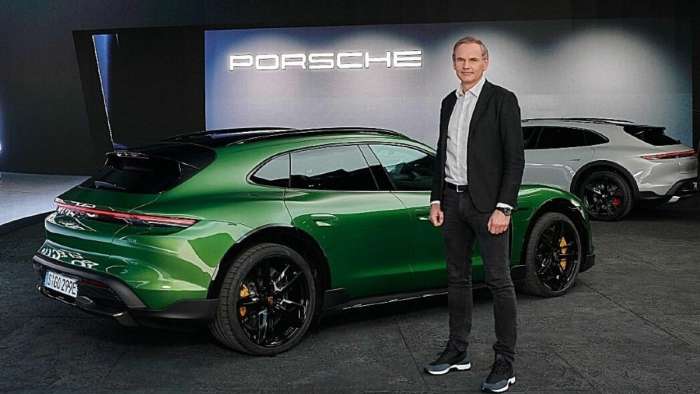 Porsche says if anyone wants to make batteries for the company, must do it with sustainable energy production. The company wants to be carbon neutral across the entire value chain by 2030, which also has an impact on battery suppliers. For the planned CO2 neutrality, the sports car manufacturer “doesn't want to compensate, but avoid”.
Advertisement

“Anyone who develops battery cells for us can only manufacture them with sustainable energy,” announced Porsche boss Oliver Blume. “Batteries are still manufactured in a very energy-intensive way. The obligation of our suppliers to rely on sustainable energy will significantly improve the carbon footprint."

As Blume stated in the run-up to the annual press conference scheduled for Friday, the battery itself will be "more than 90 percent recycled in ten years at the latest". At the same time, “future polluting substances such as cobalt” are being reduced in batteries.

Blume wants to achieve the goal of being CO2-neutral in terms of balance sheet by 2030 not only through certificates and compensation projects. “We don't want to compensate, we want to avoid. We don't want to buy CO2 certificates from other companies, we don't want to cause any emissions ourselves. Wherever energy cannot be saved, we use electricity from renewable sources, ”said the Porsche boss. In 2021, the two vehicle plants in Zuffenhausen and Leipzig will be completely CO2-neutral. "In the next step, we also ask our suppliers to do the same."

In Zuffenhausen and Leipzig, renewable energies and the use of biogas are used for production. According to Porsche, it intends to invest more than a billion euros in wind turbines, solar energy and other climate protection measures over the next ten years. The range of models is to be increasingly electric, but not purely electric. As is well known, Porsche relies on eFuels for series such as the 911.

In order to make the electric models more attractive, Porsche also announced in the course of Volkswagen's “Power Day” that it would build its own fast charging stations along important highways in Europe in addition to the Ionity network - with six to twelve covered 350 kW charging points and a lounge for stay during the charging process. These are intended to "offer Porsche customers a high-quality, brand-appropriate charging experience," says the manufacturer.

At the “Power Day”, Blume also announced that Porsche was researching high-performance batteries with silicon instead of graphite anodes in order to achieve an even higher energy density and better fast charging. "New electrolytes and additives should make it possible to operate the battery at temperatures above 75 degrees - important for fast charging, but also in applications such as motorsport, where the cells are also to be used," notes Sebastian Shall at Electrive. According to Porsche, the volume and performance cells should also benefit from the “technological experience” in small series and customer motorsport. The manufacturer also announced that it is working on building “a completely European production chain for high-performance batteries”.